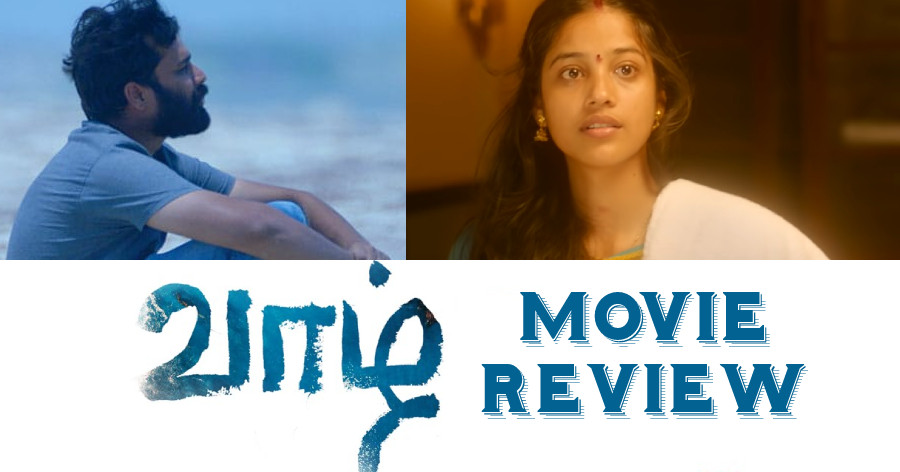 After making a remarkable debut as a filmmaker in Tamil cinema with Aruvi, director Arun Prabu Purushothaman became a highly promising name in the industry. Arun's second directorial film, Vaazhl, has now released, amidst good anticipation from film buffs. The teaser and trailer told us that Vaazhl is going to be completely different from the mainstream films and it showed immense promise. Has the film fulfilled the promise? Here is what you need to know!

STORY:
Vaazhl traces the life journey of Prakash (Pradeep Antony), an IT professional, who is fed up with his monotonous desk job life. Situations force him to take a break from his work and travel along with Yathramma (TJ Bhanu) and Yathra (Master Aahrav). The travel takes him through a roller coaster of events that brings a difference to his life. Who are the characters that Prakash met in the journey and how did his life change post the travel, is what Vaazhl is all about.

SCREENPLAY, DIALOGUES & DIRECTION:
First and foremost, director Arun Prabu Purushothaman needs to be applauded for delivering a film of this style and mood. Arun's taste for images, colours, music, and cuts are noteworthy and he is surely one of the unique voices of Tamil cinema. The USP of Vaazhl is its freshness which is felt for the majority of the film. The dialogues are beautifully written and it is surely one of the strengths of the film. 'Naliku... Naliku', and 'Namma sandhikkura ovorutharume, namma vazhkaiya maatha koodiya sakthi padachavanga' are some of the lines that tell you that the best part of life is life itself. Vaazhl is high on experimentation and kudos to director Arun Prabu and his team for taking this bold effort. The interesting connection between the pigeon story and Prakash's life was noteworthy.

With all these said, Vaazhl does have its own share of problems, as well. The film engages the audience really well until its middle point, but post that, Vaazhl falters and finds it hard to keep the audience glued. The screenplay turns boring during the travel portions as it is just visually driven, than being plot-driven. After a point, it feels like you are watching a travel vlog and not a film. The randomly appearing scenes and shots affect the cohesiveness of the movie. Vaazhl is definitely a subjective film and it is going to appeal differently to each of them. Had the latter half of the film been packed with more effective sequences, Vaazhl would've been a compelling watch. In the end, Vaazhl doesn't pack a punch.

PERFORMANCES:
Arun has picked a bunch of young and relatively fresh faces as his prime cast and his choices have definitely paid off. Pradeep Antony as Prakash is highly impressive and his character is sure to be related by a lot of youths. He looks completely natural and manages to showcase the emotions neatly. However, he could've performed slightly better in a few intense sequences. TJ Bhanu is an interesting find, as well. After Aditi Balan in Aruvi, Arun Prabu has picked another promising talent through Bhanu and she delivers a mature performance. She is definitely a talent to watch out for and let us hope to see her in more movies. Additional brownie points to Bhanu's dubbing. Her voice adds more strength to the character. The sequences between Pradeep and Bhanu definitely has the charm and is sure to make a lot of people yearn for more.

Diva Dhawan delivers a neat performance, but her character doesn't lend the intended impact. Master Aahrav is definitely a delight. The young kid's performance is effective and due credits to director Arun for extracting it. Performances of the other actors are also impressive.

TECHNICAL DEPARTMENT:
Vaazhl is a visual spectacle and Shelley Calist is a hero. It is his work that keeps the audience glued to the screens and he is sure to garner a lot of attention. We can even expect Shelley to sweep several awards for his work. Pradeep Kumar's music is a breath of fresh air. Among the songs, 'Vaa Vaazha Vaa' is the pick of the lot, while the background score enhances the mood. Raymond Derrick Crasta's cuts are impressive, supplementing Arun Prabu's vision.

SO?
Vaazhl is definitely a unique attempt that is visually stunning, but as a film, it lacks completeness. Producer Sivakarthikeyan needs to be acknowledged for believing in the vision of Arun Prabu and bankrolling a film of this style.

Verdict: Despite being a mixed bag, Vaazhl can be watched for its unique experience.

WOW: Sivakarthikeyan missed to play the HERO in this upcoming film - Big Revelation!

Watch the STUNNING Trailer of Sivakarthikeyan's next film | From the director of Aruvi!

Sivakarthikeyan's next ambitious film gets a big update