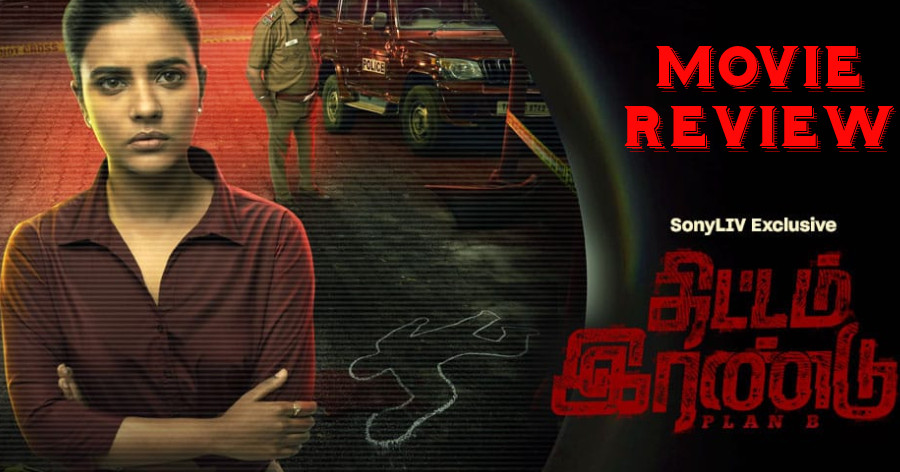 Aishwarya Rajesh's Thittam Irandu is the latest release in Tamil cinema and the film has come out on the Sony Liv platform. Directed by Vignesh Karthik, the film features Aishwarya Rajesh in the lead role, while debutant Subash Selvam, Pavel Navageethan, Gokul Anand, Jeeva Ravi, and others in supporting roles. How has Thittam Irandu fared and does it deserve a watch? Read on to know!

STORY:
Aadhira (Aishwarya Rajesh) is a Police Officer who sets out on an investigation to find out the murderer behind the death of a young woman. The deceased young woman is closely related to Aadhira and so Aadhira is emotionally attached to the case, as well. At the end of the investigation, Aadhira comes across startling truths about the murder and she is completely taken aback by the reality. Who was the murderer and what left Aadhira in deep shock is what Thittam Irandu is all about.

SCREENPLAY, DIALOGUES & DIRECTION:
Director Vignesh Karthik has made a bold attempt, in terms of the writing and presentation as we haven't seen a film of this style in the past. Thittam Irandu will definitely be talked about for its final act and Vignesh has maintained the suspense completely until the very last moment. The screenplay is engagingly built (despite a few misses here and there) and director Vignesh Karthik has definitely improved and matured as a filmmaker, from his first film (Yenda Thalaila Yenna Vaikala). All the guessing games will be proven wrong and you and Aadhira would be in the same line, experiencing a similar kind of shock. Vignesh has grabbed a very interesting idea and it probably is the USP of the movie.

On the downside, the romantic portions act as a dampener. While we are glued to the screens, watching the investigation sequences, a romantic scene comes in between, acting as a speed breaker. and it also consumes more time than it actually needs. The emotions don't really hit you at the right levels when the characters go through an emotional roller coaster ride. Maybe, if the characters had a strong depth, we would've empathized with them. However, the end reveal might make up for it. In addition, the climax will have a subjective take. The film takes a major shift from a crime thriller to another genre and this genre shift might or might not work for all. The film does not make complete sense at a few places and logic goes for a toss there. Vignesh could have worked on the reasoning part with more care and that would've made Thittam Irandu more interesting and connectable.

PERFORMANCES:
Aishwarya Rajesh as Aadhira delivers a neat performance and she manages to showcase different emotions with her eyes and body language. Though she is impressive as a police officer, quite a few reactions could have been more effective. Aishwarya must be appreciated for taking up a film that talks about a very serious and sensitive issue and to headline a project like this needs to be noted. Subash Selvam who plays Aishwarya Rajesh's pair is promising and has a good charm. His performance as Arjun works majorly, except for a few minor emotional sequences. Gokul Anand as an understanding husband delivers a subtle performance that is good to watch. The other actors do their part well.

SO?:
Though the film has a slow start and contains its own share of misses, it finishes off, not only on a high but also with a noble message.

Verdict: Thittam Irandu is a watchable film that passes the test with its brilliant climax!