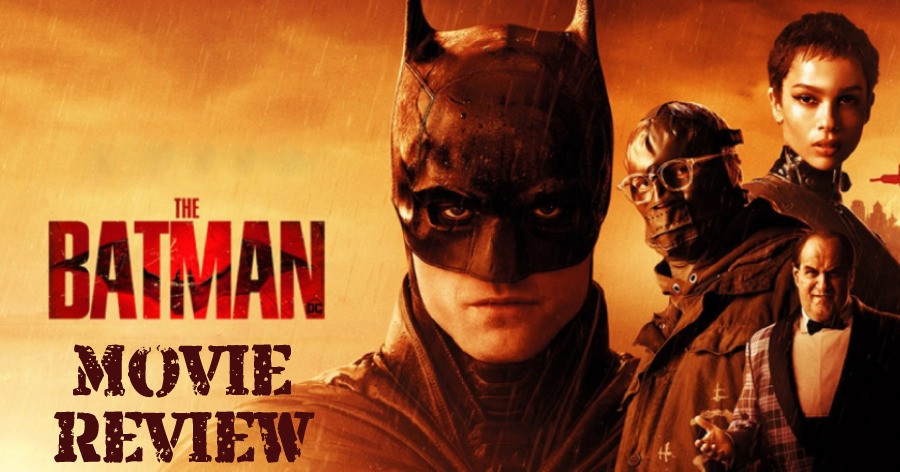 STORY:
Crime noir follows Batman two years into his crime-fighting antics, as he attempts to uncover the corrupt ridden metropolis of Gotham, all the while in pursuit of a serial killer calling himself The Riddler, who leaves behind clues and cryptic messages for the dark knight to solve. Some alliances are formed along this journey in order for him to do what he set out to do.

SCREENPLAY DIALOGUES AND DIRECTION:
The screenplay’s pretty gritty, dark and hyper-realistic unlike any other Batman film out there which always has some extravagant factor to it. Instead, this film keeps things real. Due to that very reason, it immerses the audience since most of what is happening resonate with them, other than the fact that there is a man running around the city dressed as a bat. The film is clearly written as a detective story focusing on the Caped Crusader’s skill of deduction and solving crimes rather than blindly resorting to violence.

That is a key factor to this film as we see The Bat in conversation with people and actually trying to solve the case with his brain rather than brawn. It is well structured and is written in a way that keeps the audience hooked no matter what. The film does not dwell on the prestigious billionaire playboy side of Bruce Wayne but instead presents a very broken and highly flawed Bruce Wayne who must come to terms with his parent's death and with himself.  This is very well done through the screenplay by showing it in his inner nature as the character.

Since it is hyper-realized, everything about the films feels real. From his strengths, his weaknesses, the set, the setting, the people and their intentions and even his suit- which is the most important thing actually since as the film progresses, his suit does not not-take any damage and magically repair itself like it does in other films. Instead by the end of the movie we are able to see a suit that has clearly gone through some wear and tear. The dialogues were pretty good. Not great. But that does not imply that it is terrible and the very sound of it causes one to flip a table.

It is just a little generic and almost everything that is being said is closely knitted to the story. It is some textbook dialogues that did not contain a lot of depth. But thinking back, that does not seem to be the point of the dialogues too. It is there to essentially keep the story going and to fill us in on whatever is happening so we feel included as a part of the case. In that aspect, they nailed the dialogues. There is some humour in the film which worked very well. It is only used when it is necessary at the right times, at the right situation and by the right characters which in turn did not seem like forced humour.  It is felt like the direction of Matt Reeves kept the film strong through its long run time.

He is able to translate his vision on the screen and present us with a version of Batman that we have never seen in live-action. He made sure his cast delivered their best performances which is very evident. His play on a superhero detective tale does wonders to the character as Batman originally is made as a detective for DC (Detective Comics). His fresh new take on this is very gripping and is done beautifully in his trusted hands.

CAST:
Robert Pattinson is a great Batman. The Batman we saw in the trailers and in the actual movie are two different people. He portrays his broken and flawed character very well and could not have done any better. His attempt at having a gravelly voice when in the cowl and cape is admirable but it is not the best. But he gave it his all. His actions, body language, dialogue delivery, etc makes us believe that he really is a deeply disturbed Batman.  Zoe Kravitz put on a show as Selina Kyle. She is as feisty as the cat should be and put herself forward very well. Her chemistry with Robert on-screen is mesmerizing and worked wonders for both her and his character development.

She gave us the best Catwoman performance by far in DC and that is saying something considering Michelle Pfeiffer's portrayal of the character in the Batman Returns. Paul Dano turns out to be the perfect choice for The Riddler. His innocence is surpassed by his psychotic portrayal of the character. His voice modulations, body language, laugh and acting is all done very efficiently.  Jeffery Wright as James Gordon is perfect for the role. His buddy-cop relationship with Robert's Batman is something we have never seen before and his take on it is much appreciated. He knows what he is doing and is not afraid of putting Batman in his place when he had to.

Colin Farrell and John Turturro as the Penguin and Carmine Falcone respectively both do a commendable job. Colin gives us a kind of goody but at the same time a serious and menacing Penguins while Turturro's Falcone is an ace. He does not hold back and brings this grim and sadistic character to life by taking command of every scene he is in.

TECHNICAL:
The film is kind of dark as it is a necessity. It certainly gives us a crime noir psychological thriller kind of feel to it but it was also a bit too much at times. It is not that one cannot see what is happening on screen but it would also be nice to see things just a bit brighter so that we can form the world and the locations we find ourselves in our heads. The music was kept minimal and was thankfully not thrown at us unnecessarily. Being a detective tale, it would have caused a lot of distraction if played during dialogues and scene-setting, so it was a good decision to keep it on the lighter side of things.

SO:
The Batman is definitely a never-before-seen side of the character which is bound to keep the audience hooked on with powerful performances, story and characters.

Verdict The Batman works perfectly on multiple levels in this unique take on the caped crusader! A MUST WATCH!

BIG NEWS: The Batman makers officially announce their next project and here are the exciting deets!

AVATAR 2 gets an UNEXPECTED OPPONONENT - this big superhero film to clash!

Never before seen behind-the-scenes of The Batman - check out the NEW EXCLUSIVE VIDEO here!

Latest Movie Releases this weekend that you can watch in theatre! FULL LIST!

The BATMAN - Latest New Teaser is out as a surprise treat for fans! Check it out!

Parasite director's next film announced, The Batman's Robert Pattinson in talks to star