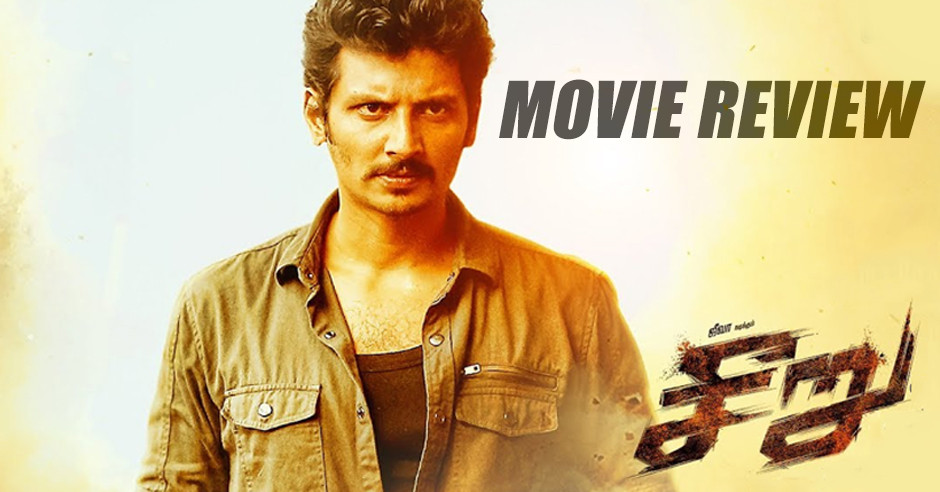 What does a good commercial film require? Though there is no definite structure to construct a successful commercial flick, any film requires to have a believable storyline. The main issue with Seeru is that it does not have a convincing script or screenplay, so it is very hard to watch a movie that hardly connects with you on any level. On top of it, Seeru is a cringe-fest, the film preaches too much about friendship. It has very little story and a lot of advice.

Jiiva looks handsome and lively as always. He has done his part quite effortlessly but why does he have to choose such poor scripts all the time. Jiiva has acted in a reasonable number of films of late but none of them hardly left any trace. We sincerely hope directors put Jiiva's cheerfulness to good use because not many can sparkle on screens like him. If not for anything else, this film will be remembered for its over-the-top stunt sequences. Jiiva might have bashed around 200 goons in the film and he does not take more than one punch to defeat a goon. So it’s all single-punch takedowns. The overall treatment of the film looked cheesy, apart from being highly illogical.

The first 30 minutes were largely about the lead’s character establishment. Jiiva gets to play a sweet, emotional socialist, who is occasionally seen doing a small-time business. But majorly, he is a social activist who fights for the people and has a soft corner for women who are in need. He takes WhatsApp forwards seriously and tries to help strangers. He is very affectionate of his sister and her friends and would go to any extremes to keep them happy. Seeru is all about Jiiva trying to save his enemy, who wants his head... But why? Because, he saved his sister’s life and she wants to see him live. Yes, the story is indeed, unbearable!!!

The best aspect about Seeru is the runtime, as the film runs for just over 2 hours and has just a couple of songs. Both the songs work well and even the BGM suits the mood perfectly. Riya Suman, who is making her Tamil debut, shines with her beauty and elegance though she doesn’t have any scope to perform. She needs a meatier role than this, to showcase her talent. Roles like these are not going to do her career any good! Varun and Navdeep get noticeable roles and have perfectly done what they have been asked. Sathish fails to evoke laughter when you badly need it. Scenes showing too much of violence against women should have been removed. Why does the audience have to tolerate a woman being beaten up violently, for over 10 minutes.

Verdict: Very little story... Too much of advice and no logic whatsoever! A cringe-fest...