Arun Matheswaran’s ‘Saani Kaayidham’, on Amazon Prime, is a gory revenge drama with impeccable craft, but the writing needed much more meat 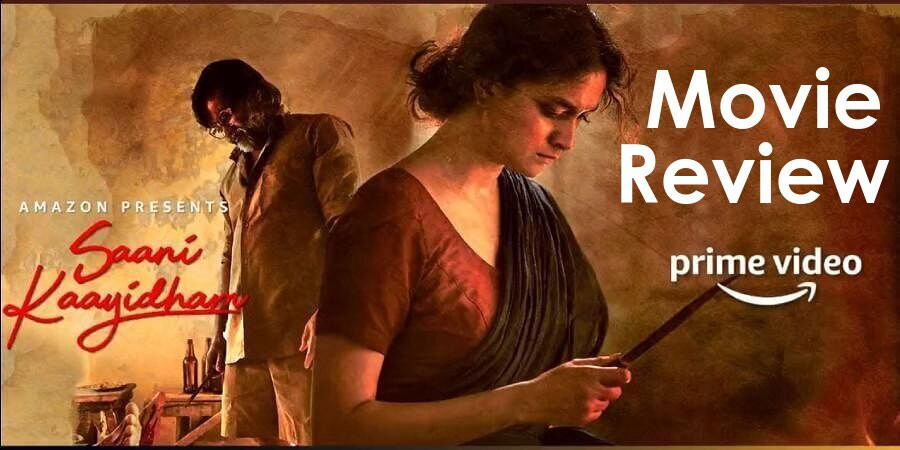 When I saw Arun Matheswaran's first film, Rocky, I said that the narrative was generic, but the film signalled the arrival of a genuine cinematic voice. I said that the film's USP was the gorgeously designed and utterly unapologetic violence. I said that after a point the violence becomes repetitive and it begins to look like action scenes or violence for the sake of action scenes and violence. I said that the story and characters are generic, and the premise was just this: You killed someone from my family and now I'm going to take revenge. There's a brother-sister angle, a little girl angle. There are scenes about time and wristwatches. And the film is divided into chapters with quirky titles.

Almost all of this could be said about the director's second outing, Saani Kaayidham – including the fact that Arun has a wonderful eye for composition (Yamini Yagnamurthy is the cinematographer), that he likes to hold his shots for a long time, without quick cuts, that he makes superb use of locations, that he loves frames within frames, and that he really gives super-precise instructions to the composer. Sam CS's work is easily the highlight of the film. He uses unusual and very eerie sounds and then… there's silence. Only towards the end do we get conventional instruments like the acoustic guitar and the piano. These sounds do a lot to give the film the emotional undercurrents that are not there in the writing.

Saani Kaayidham is a heroine-centric version of Rocky, with the addition of a caste angle. The story gets going when an oppressed-caste mill worker dreams of entering politics. He is, of course, put in his place by his employers. And then things happen that set off the chain of revenge events. The main attraction of the film is the cast. Stripped of makeup, Keerthy Suresh dives into a difficult role. There are still some "mainstream" touches in her performance, but overall, she's quite effective. And Selvaraghavan is wonderful. He is almost like a child. He wears half-pants and seems more comfortable around children. But when hell breaks loose, he becomes a demon. The transition is remarkable.

The issue with Saani Kaayidham is one that I had with Rocky, too. Arun seems to be a better director than writer, and his characters feel one-dimensional. There are no shades. The arty black-and-white flashbacks and one-off lines like "vasathiya vaazhndha ponnu" aren't enough. But a bigger problem here is the lack of a strong antagonist like Bharathiraja in Rocky. Think of Kill Bill. Each villain has their own world, their own quirks, their own shades. It is a challenge for the heroine to hunt them down and get her revenge. Here, the killings happen almost too easily, and at no point do we feel the dangers in the path Keerthy Suresh and Selvaraghavan set out on. The mission feels like ticking items off a to-do list, and this lack of variation in scenarios becomes numbing after a point.

The basic narrative about two people – the leads – coming together through a horrific set of crimes is certainly interesting. At first, they barely interact. By the end, they forge a bond. (Hence the more conventional, sentimental music.) Another interesting thread is that of the oppressed caste as all-out avengers. The first time a family is destroyed, there is no retaliation. But when the same thing happens again, they say enough is enough. They say, an eye for an eye. But all of this would have come through better with stronger writing, both in terms of characters and situations. The film is filled with touches. For instance, as a man is being killed, we hear on a radio the passage from the Mahabharata about Duryodhana's death. One chapter title echoes Bharathiyar's "Pala vedikkai manithargal". But what's missing is the primal emotion of rage. We don't feel what the characters feel. They stay at a distance, and so does the film.

SURPRISE: The teaser of Keerthy Suresh - Selvaraghavan's Saani Kaayidham is out and it looks intense!

Keerthy Suresh shares a new glimpse from Saani Kaayidham- YOU DON'T WANT TO MISS THIS!!