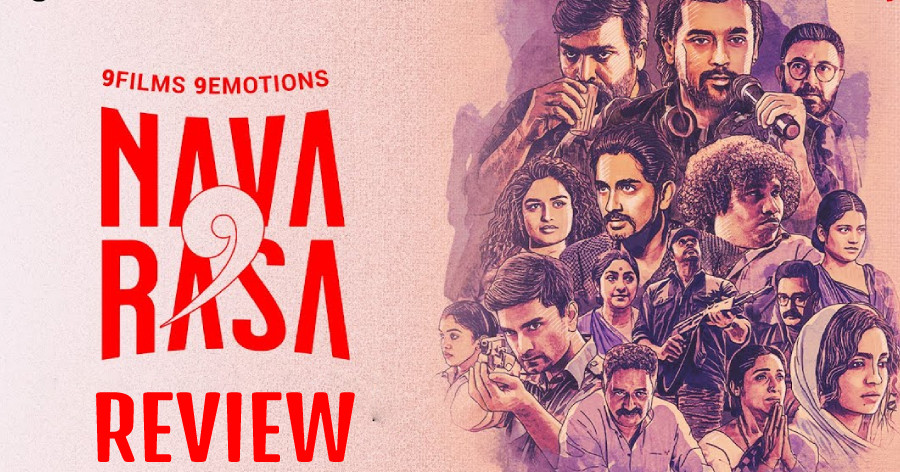 Project Agni
Director: Karthick Naren
Cast: Arvind Swami, Prasanna, Poorna
Music: Ron Ethan Yohann
Emotion: Wonder
Project Agni is a film that completely justifies the emotion it has taken up and it is probably the pick of the lot. Though the initial few minutes of the film is highly complex to understand and process, the main conflict and the end to it is mind-blowing. You are truly made to wonder. Karthick Naren has penned a mind-boggling script that is shot and told neatly without much ado. The film takes you through a roller coaster ride that keeps you intrigued throughout. With Project Agni, Karthick bounces back in style. Arvind Swami delivers excellent performance and both, Arvind Swami and Prasanna fit into their roles perfectly. Project Agni is also technically sound - fantastic work from music director Ron, cinematographer Sujith, and editor Sreejith.

Inmai
Director: Rathindran R Prasad
Cast: Siddharth, Parvathy Thiruvothu, Ammu Abhirami.
Music: Vishal Bhardwaj
Emotion: Fear
Inmai is a segment that holds our attention right from the beginning. The writing and making are solid and director Rathindran, as a filmmaker shows good promise. Inmai is an intense watch that does justice to the theme of fear. Parvathy, as Waheeda is excellent, showcasing her emotions effectively. Siddharth, who looks super smart, delivers a fantastic performance. Rathindran makes good use of Siddharth's eyes that conveys the emotion effectively. Brownie points to Ammu Abhirami who leaves a good impression with her performance. Vishal Bhardwaj's striking score uplifts the mood of the film, acting as a strong pillar.

Roudhram
Director: Arvind Swami
Cast: Riythvika, Sree Ram, Ramesh Thilak, Abinaya Sree
Music: A.R.Rahman
Emotion: Anger
Actor Arvind Swami makes his directorial debut with Roudhram and he has turned out to be a winner. Arvind Swami strikes big as a filmmaker and the emotion of anger is seen through almost all the characters in the film. The writing is neat and precise. Roudhram has its heart at the right place and the impact is multiplied to higher levels with the impressive performances of the lead actors. Among all the actors, Sreeram shines the best while Riythvika and Abinaya Sree do their part really well. A.R.Rahman's background score and Santosh Sivan's visuals lend solid support to Arvind Swami's vision and keep us engaged throughout.

VERDICT - A well-made film that marks the arrival of Arvind Swami, the filmmaker!
RATING - 3/5

Peace
Director: Karthik Subbaraj
Cast: Gautham Vasudev Menon, Bobby Simha, Master Tharun, Sananth
Music: Santhosh Narayanan
Emotion: Peace
Peace, which is set in the Tamil Eelam war zone, is a sweet watch. Karthik Subbaraj has delivered an interesting film that is neatly done for the major part. The main revelation part has a sweet twist and when that is connected with the emotion that the film deals with, it works well. Karthik Subbaraj knows what he wants and executes the film fairly well.  Bobby Simha's performance could have been more effective and one might also feel that the film could have ended two minutes earlier, avoiding the current end sequence. Gautham Menon and Sananth deliver fine performances. Santhosh Narayanan's music and Shreyaas Krishna are additional strengths to the film. Karthik and Someetharan's writing is impressive.

Edhiri
Director: Bejoy Nambiar
Cast: Vijay Sethupathi, Prakash Raj, Revathi, Ashok Selvan
Music: Govind Vasantha
Emotion: Compassion
The story of Edhiri is written by Mani Ratnam and the writing looks quite impressive and mature, but unfortunately, the film travels on a flat line and doesn't touch a high. However, the final scene in the temple is well-executed, making the film passable. Revathi's emotionally moving performance hits the right chords, while Vijay Sethupathi is impressive. Sai Tamhankar and Ashok Selvan have been wasted. The issue with Edhiri is that the film is dull for the most part and doesn't have any variation. The screenplay could have been packaged in an engaging fashion. The writing and performances of the lead actors make Edhiri look fine, in an otherwise unimpactful film.

Guitar Kambi Mele Nindru
Director: Gautham Vasudev Menon
Cast: Suriya, Prayaga Martin, Thulasi
Music: Karthik
Emotion: Love/Romance
Guitar Kambi Mele Nindru is a trademark Gautham Menon film from start to finish. The film takes us through the journey of a young musician, Kamal (Suriya) who is flattered by a singer, Nethra (Prayaga Martin) that he comes across. Both of them strike a vibe and connect through music.  Suriya as Kamal is full of energy and charm and his neat performance makes us sit through Guitar Kambi Mele Nindru, despite the film being the longest among all. Prayaga Martin has played her part well. Karthik's musical score is one of the strengths of this film and GVM's magical love story with music continues with this film as well. However, the magic in the writing is missing. The conversations between the lead pair are dry, thereby testing your patience. The bike ride conversations take more time than needed and it could've been crispier. Also, the film suffers from the cliched treatment and artificial dialogues.

Payasam
Director: Vasanth Sai
Cast: Aditi Balan, Delhi Ganesh, Rohini
Music: Justin Prabhakaran
Emotion: Disgust
Payasam is a film that talks about the jealousy of an elderly man. The film faces a similar problem that Ethiri faced - with regards to the mood and pace of the film. The characters don't look relatable for some reason and as a result, the emotion doesn't hit you hard. Delhi Ganesh's natural performance helps, but an actor like Aditi could've been utilized more. The film falls flat on keeping the audience engaged and the packaging lacks effectiveness.

Summer of 92
Director: Priyadarshan
Cast: Yogi Babu, Ramya Nambeesan, Nedumudi Venu
Music: Rajesh Murugesan
Emotion: Laughter
Comedy is tough. Making people laugh is tough. Despite a legendary filmmaker like Priydarshan taking up this challenge, Summer of 92 is unfunny and boring completely. Since the plot of Summer of 92 is weak by itself, the pressure is visible on the actors to revive the segment altogether. Unfortunately, the actors also fail to evoke laughter. The guy who played the younger version of Yogi Babu is a great find. Rajesh Murugesan's background score was fine.

Thunintha Pin
Director: Sarjun KM
Cast: Atharvaa, Anjali, Kishore
Music: Sundaramurthy KS
Emotion: Courage
Thunintha Pin doesn't pack a punch and the intentions of the makers are unclear. The characters are not strongly etched and the emotion of courage is also not effectively conveyed. Director Sarjun finds it difficult to hold the audience's attention and the packaging is ineffective. We don't feel the impact at any place. Neither the characters nor the emotions make a connection with the viewer, thereby making this an okayish-watch. One of the few positives of Thunintha Pin is the performances of Kishore and Atharvaa.

Apart from the noble intention to help the daily wage workers of the Tamil film industry, due credits to Mani Ratnam and Jayendra for their idea to put together these varieties of stories.

Verdict: VERDICT - Navarasa has both hits and misses, but can be watched for its wide variety of stories.

Karthick Naren officially begins his next - Important Details out | Atharvaa

Super exciting update on Maaran director Karthick Naren's next film - here's what you need to know!