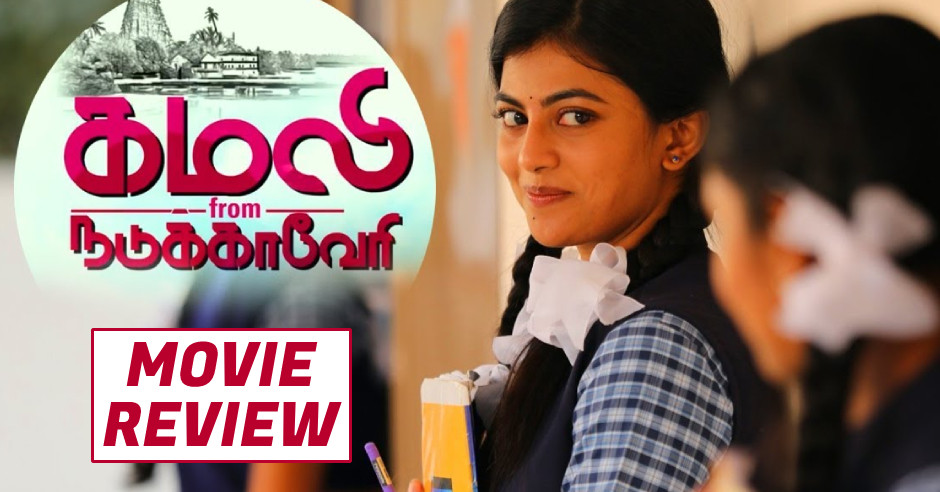 Kayal Anandhi's Kamali from Nadukkaveri is a film that has a solid intention and a heart at the right place. The film traces the journey of Kamali (Kayal Anandhi), a young and vibrant girl in a remote village to an intelligent IIT student. Kamali is a girl who is not serious about studies and shows very little interest in her pursuit. Her father, (Azhagam Perumal) wants to get Kamali married since he feels there is no use in making her pursue her studies any further. However, things take a U-turn when she falls in love with Ashwin, a studious boy whom she saw once on television. Ashwin studies in IIT Madras, which serves as a catalyst for Kamali to take up her studies at IIT more seriously so that she can spend time with him. How Kamali manages to overcome the odds before her and becomes a champion student forms the rest of the story.

First things first, Kayal Anandhi has delivered an earnest performance and she manages to hold the film on her shoulders. She showcases varied emotions through her character and leaves a good impact among the viewers. Anandhi is well-suited for the character and we can definitely label Kamali from Nadukkaveri to be an important film in Anandhi's filmography. Azhagam Perumal and Prathap Pothen bring their experience into the play and stand tall with their impressive performances. Rohit Saraf makes a good debut and he seems to be a talent with solid potential.

Kamali from Nadukkaveri is one of those films which is not perfect, yet you cannot ignore it. Director Rajasekar Duraisamy gets his intentions right and is very clear with the route that he wants to travel. He garners attention with his sincere efforts and staying true to the genre. Director Rajasekar also needs to be applauded for not deviating from the premise. There are several moments in the film that make you smile and feel good. Despite having a few setbacks and problems, Kamali from Nadukkaveri passes the test because of its heartwarming moments and neat performances from the lead actors.

On the flip side, the initial few minutes of the film test your patience and could have been staged better. There are also a few scenes where you could feel the artificiality and that could have been avoided. The film's pace could be of concern for certain people, but if you get adapted to the movie's mood, it may not be a worry.

In a nutshell, one can say that Kamali from Nadukkaveri is a subtle version of an inspiring tale of a woman, this time in education.