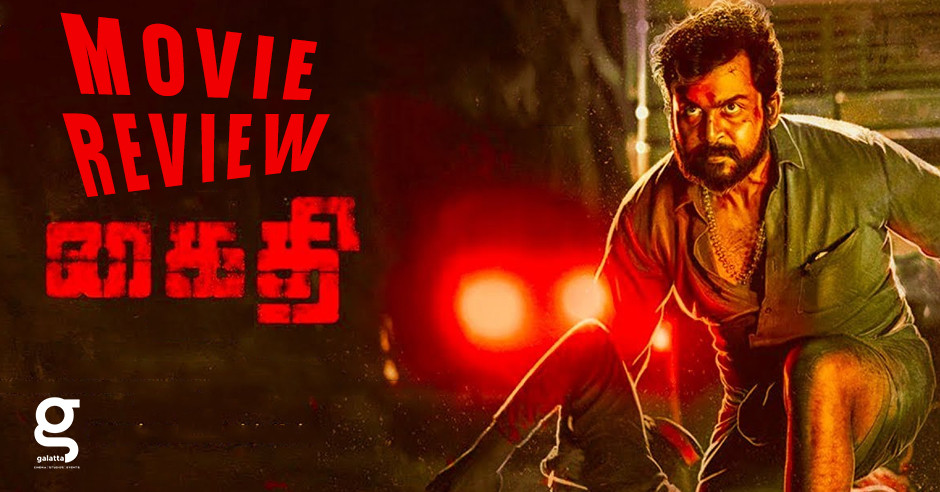 Director Lokesh Kanagaraj made a name for himself with his very first movie - Maanagaram and his second directorial Kaithi, with Karthi in the lead, has hit the screens today. A sinister drug ring lead by 2 brothers; an undercover cop inside the drug ring; a corrupt cop helping the criminals; a special task force which has captured a huge load of drugs; a party by a senior police officer at which all top police officers get drugged and become unconscious; a former convict released from prison after 10 years, going to see his daughter for the first time; a group of college students caught at the Police Commissioner's office which is under attack by the criminals... Well, take all this and have Lokesh Kanagaraj at the helm and you get an intense, gripping and racy action-packed thriller, in Kaithi! To see how all of this comes together, watch Kaithi in the theatres...

Karthi, as the rugged and intense Dilli, a convict who has just been released after a 10-year-sentence, is brilliant. His body language, conviction, the innocence in his speech and clarity in his thoughts, are all beautifully etched. Narain gets a meaty role and has done a very good job. The casting needs a special mention as all the characters are near perfect. George Maryan, Ramana, Harish Uthaman, Vatsan Chakravarthy and all the other actors too, have given their absolute and intense best. Narain and Karthi travel throughout and the variation in their characters with the rapidly changing situations, has been nicely portrayed. Lokesh Kanagaraj has stamped his class over the entire movie and proves his talent yet again. The multiple threads moving parallely to converge at a common point, is something we have seen in Maanagaram itself and he does it well, in Kaithi too. The wry dialogues laced with sarcastic humour, are sure to work well with the audiences.

The lack of a heroine or songs in this movie will never be felt, for the pace of the screenplay keeps the viewers glued to the screens and wondering what would happen next. Songs would have only dampened the pace of the movie. However, Sam CS has showed off all his skills in the BGM and it elevates the visuals to an altogether different level. Sathyan Sooryan's cinematography needs a special mention, especially the aerial shots, which are a big plus to the movie. Philomin Raj's editing is very good too.

The only areas that stand out as a bit odd are the cinematic twist to the action sequences, which seem to have been added to bring in the commercial factor. The raw naturalness seems to be missing in a couple of places, especially towards the climax. However, even with a dialogue in the end scene, Lokesh keeps the viewers guessing.

Verdict: Kaithi is a brilliantly made movie with Lokesh Kanagaraj and Karthi shining bright!

GV Prakash's film to get a massive release in Japan - all deets here!!

New Romantic Promo Teaser from Karthi's Viruman is out - Don't miss this!