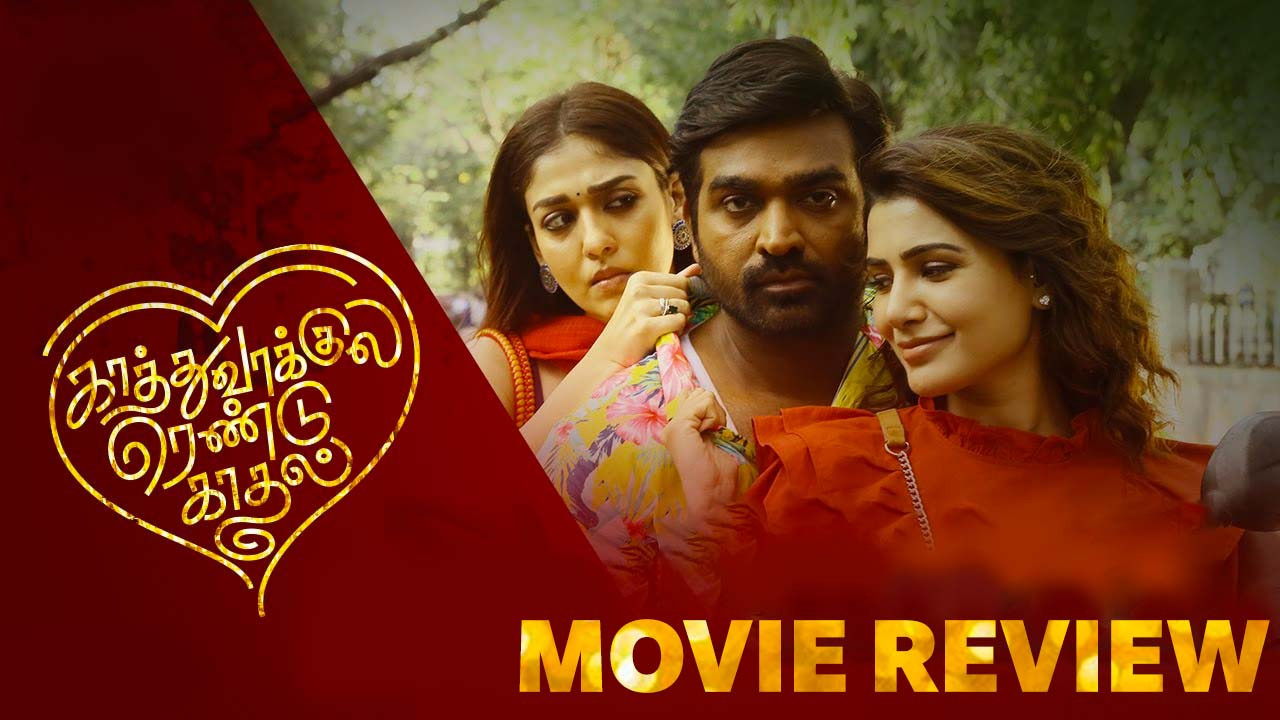 Tonally, the film is all over the place. I never believed that either Nayanthara or Samantha was truly in love with Vijay Sethupathi – so the stakes are non-existent.

Looking at the trailer, it appeared that Vijay Sethupathi was the luckiest man on the planet, getting to romance two gorgeous women, Nayanthara and Samantha. But the character he plays in Vignesh Shivan's Kaathuvaakula Rendu Kaadhal - Rambo - is nothing but bad luck. He brings bad luck to people like his mother, who suffers a stroke soon after his birth. Or he himself suffers - for instance, when he wants a chocobar, it happens that the very last piece has just been sold to someone else, or else a crow shits on it. But soon, Rambo turns into the man we saw in the trailer again. His streak of bad luck apparently vanishes when he meets Kanmani (Nayanthara) and Khatija (Samantha). One visual says it all: we see Rambo with two chocobars in his hand.

This is a film of twos: There are two women, two religions. There are two styles of cinematography, one naturalistic and one neon-lit: a scene shot on Napier's bridge makes the structure look radioactive-green. Anirudh's chartbusting songs come in two flavours: beat-heavy party-style numbers that keep you tapping your feet and melodious tracks like Naan pizhai. Since I just mentioned that song, let me take a minute to appreciate Vignesh Shivan as a lyricist. There's a line that goes "naan nenacha thonum edame"! What a lovely thought: the woman becomes the man's imagined destination. Anyway, these two flavours of Anirudh's songs reflect the two heroines: the homebound Nayanthara is always in saris, and the pub-hopping Khatija is always in Western clothes. Oh, and the number of jobs Rambo has? Two, of course. During the day, he is a cab driver and at night, he works in a nightclub.

The narrative structure seems divided into four quarters, or four sub-genres, if you will. First, we get a kind of dry dramedy: that is, the comedy is layered under the drama. Then, we get a romance. Post-interval, we get a kind of bedroom farce, with two women cat-fighting over a man: here, the drama is layered under the comedy, and finally, we end up with a relationship drama. All of this is conceptually fascinating and there are some terrific laugh-out-loud moments, especially in the second half. But the film doesn't come together. Tonally, it is all over the place, and here, I think, is the reason. Take Vignesh Shivan's Paava Kathaigal episode. There is a shocking death that shows us what the stakes are, and then the film twists into a black comedy. In other words, the drama gives shape to the comedy. Here, I never believed that either woman was truly in love with the man – so the stakes are non-existent.

Of course, you could argue that Kaathuvaakula is not meant to be taken seriously at all, which is why we do not get even one defining relationship moment between Rambo and Kanmani, or Rambo and Khatija. You could say that the director is spoofing the types of triangular situations that we see on TV shows where someone listens to sob stories  - say, of men who have two wives - and passes a verdict. Incidentally, the film's clunky framing device is a TV show anchored by Prabhu, and it is filled with exposition. I wished the situations had unfolded as scenes rather than being explained to us through dialogue.

But somehow, I kept getting the feeling that Vignesh Shivan wanted to make a romantic dramedy rather than just a romantic comedy: I mean, there are very serious plot points like the death of a father, or a boy with Down's syndrome. And wouldn't a woman who's so in love with a man feel crushed that there's someone else? Wouldn't she be furious that he has toyed with her feelings? At least for the duration of one scene? But everything exists on the surface. The film pushes the "entertainment" factor so hard – the songs, the stars, the jokes – that even when we laugh, it seems a standalone bit rather than humour that rises from the film's basic premise. I am not looking for depth. I am looking for the bit of credibility that we get in the last lines spoken by the hero. They are beautiful and existential. Also consider the reason for Rambo being a two-timer. He does not come across like a cheater. It's more the act of a desperate man who has found something for the first time in his life. They suggest that Vignesh Shivan had a more poetic film in mind.

Anyway, my job is not to wonder what the film wanted to be but to see what the film actually is. And that's a very mixed bag of emotions. Many big scenes fall flat. Many dialogues seem written in a stylised way, but they don't fit well. Many details, like Khatija wanting to be a singer or Kanmani being a Bengali, don't seem to matter at all. Many characters - like Khatija's ex who still wants her - seem to come and go as they wish. All we are left with are the three solid lead performances and some lovely moments: a two-hour all-India tour, or the temple scene where the threesome is exposed, or Khatija's hilarious refusal to allow a flashback, or Rambo reduced to wearing a shirt that is half-plain and half-patterned, to suit the tastes of both his lovers. The latter could be a metaphor for the film itself, which seems split in two minds.