Sai Pallavi and Kaali Venkat are in top form in Gautham Ramachandran's ‘Gargi’, a beautifully made drama about a woman’s fight for justice 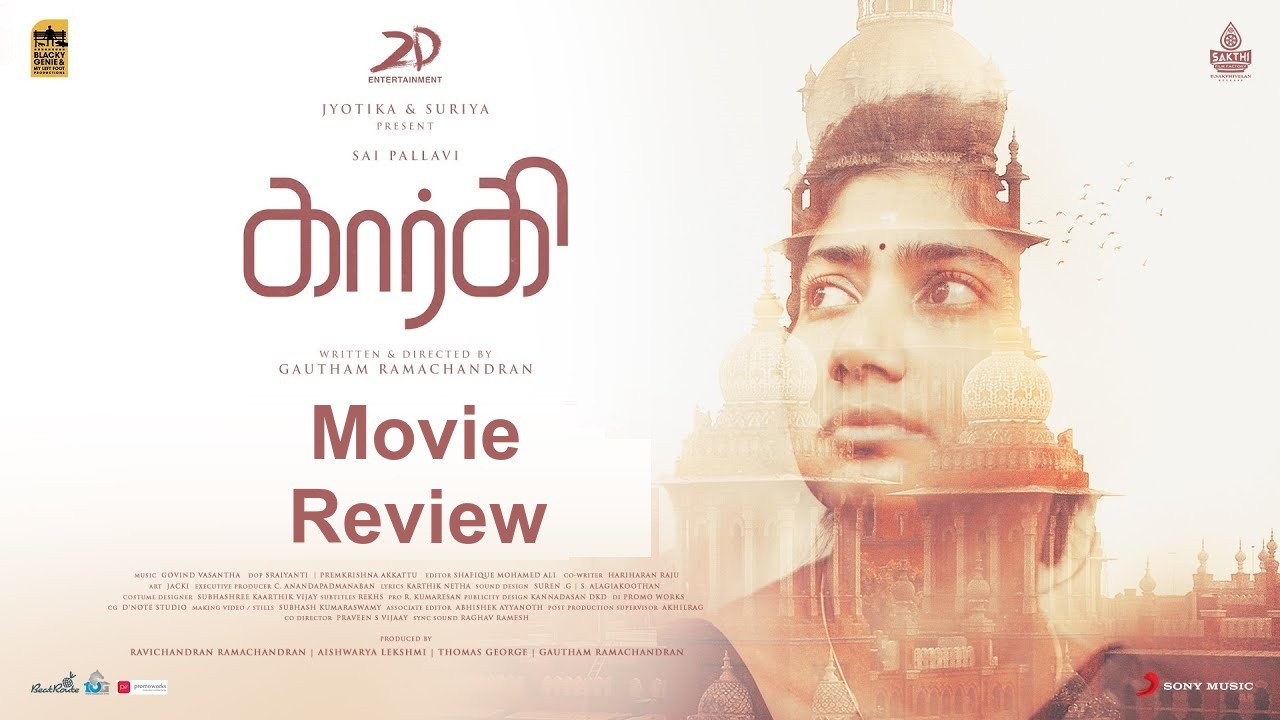 Cast : Sai Pallavi, Kaali Venkat, Aishwarya Lekshmi, Livingston, Jayaprakash,
Production : Blacky, Genie & My Left Foot Productions
Director : Gautham Ramachandran
Music Director : Govind Vasantha
This is creative teamwork of the finest kind – not just because it's such a well-crafted film, but because it's such an old and familiar story that WHAT is being told has to be supplemented with HOW it is being told.

In Gautham Ramachandran's Gargi, Sai Pallavi plays a teacher. In her first scene, she is invigilating an exam. Soon, her father is implicated in a child abuse case and her life itself will become an exam, with her character anxiously awaiting the result – just like these children now. Two things are established in this scene: one is text, one is subtext. The text is this: in a call with her boyfriend, played by Kalesh Ramanand, she shows how much she values her father, how much she is willing to give up for him. And this is much before her father is arrested. The subtext is that she is a teacher. Her job, in a way, is to teach people to do the right thing. By the end, we will know if she does the right thing, too.

Yes, this is a film whose content is "important" – but what stands out is its form, all credit to the editor Shafique Mohanmed Ali, cinematographer Sraiyanti-Premkrishna Akkattu, composer Govind Vasantha, and, above all, the writer-director. This is creative teamwork of the finest kind – not just because it's such a well-crafted film, but because it's such an old and familiar story that WHAT is being told has to be supplemented with HOW it is being told.

There is no hysteria, no bad melodrama except in a single scene where someone is kicked out of an apartment. But there's also good melodrama – like in the scene where light (or a ray of hope) literally reappears in Sai Pallavi's life. The dialogues are often muted under the background score because we already know what is being said – the score allows us to feel it. I just wish there had not been so much reliance on the solo violin – but thankfully, there is a lot of silence. There’s a fabulous bit where the score rises and is cut abruptly by the click of a camera. This is a director who trusts his audience and refuses to spoon-feed them with predigested emotion.

No one is wholly good or purely evil. My favourite touch in the film is when the cop who arrested Sai Pallavi's father tells her, "I know you did not expect this." What a wonderful bit of empathy from the other side, the so-called “enemy” – something so rare to find in Tamil cinema. Almost everyone is painted this way. They are reasonable men and women, not monsters to whip the audience into a frenzy – they are all human. I could go on – for example, the way the crowd scenes have been framed and edited, or the scene where a tense confrontation is captured in close-ups. Or the trans-woman judge, who is an excellent creation. She presides with great dignity over the case being argued by Kaali Venkat and Kavithalaya Krishnan. And all of this gives this familiar story a fresh feel.

The story is that Sai Pallavi is helped by an underdog lawyer played by Kaali Venkat. The writing uses a lot of parallels. There are two instances of dogs being fed by two people who play a crucial role in the narrative, and two people who share some history. The one aspect I did not care for, at first, is a parallel track involving child abuse – plot-wise, it seems too convenient a psychological link. But what a payoff!

And even here, the filmmaking touches abound. Spilt and swirling ink becomes something of a whirlpool, mirroring other such whirlpools outside of this subplot. We learn the significance of what seemed to be an offhand remark about a yellow dress. These writing flourishes are present throughout – for instance, in the fact that the father-daughter relationship becomes a sort of motif. Even a cop – pointedly named Bennix Jayaraj – has a newborn girl. And speaking of names, a cameraman is called Deakins Roger.

The first half of Gargi is brilliant– a textbook example of how to take a fight-for-justice story and tell it with taste and style. The second half seems lesser in comparison, and I suppose this is inevitable. A few too many obvious scenes play out, and I got a tad restless. There is no tonal variation in the characters because the boyfriend vanishes, among others. Yes, the film belongs to Sai Pallavi and especially Kaali Venkat – both are extraordinarily good – but the first half surrounded them with others. Now, that colour disappears, and the journey becomes more single-tracked and single-minded. The journalist character played by Aishwarya Lekshmi seems confused. I suppose she is meant to represent a media that often makes people wrestle with their conscience – but it doesn’t come through very well.

But these are tiny issues, and mainly, the filmmaking ensures that we are never bored – in the sense that, even if I knew what was coming, there is always a reward in how this information is presented. When Sai Pallavi returns home from work, I smiled when she slips her slippers into the shoe rack. Only people who want everything to be proper and in the right place will understand this trait – as opposed to those who fling their slippers off their feet. Sai Pallavi and Kaali Venkat work beautifully together, and it’s fantastic that their relationship is not sentimentalised. There is no "arc". There is no "understanding" that develops over time. Except for basic biographical information, there are no personal stories exchanged. It's strictly professional and that's what gives this duo its power.

Again, this is a triumph of the writing, which extends everywhere. Look at the wide shot that ends a scene. There's utter silence. It's almost an irony that such a peaceful visual conceals the heavy drama going on inside and outside that house. Peaceful. That’s the word that kept coming to mind. It would have been so easy to amp up every bit of emotion, but a lot of what people feel, they keep to themselves. We feel it even if we don’t see it. And thus, these characters seem externally peaceful even if they are internally disturbed. Even the shocker of an ending is peaceful. We realise we have been given clues all along the way, and there is a sense of peaceful closure. And don’t miss the scenes that play over the closing credits. Despite a message-heavy feel, they are very moving. To take such a cliche-filled story and make such good cinema of it is no small achievement.

New video out from Sai Pallavi's Gargi - check it out!!

The first official promo teaser of Pa Ranjith's Natchathiram Nagargiradhu is out | Don't miss this one!

Suriya and Jyotika join onboard for Sai Pallavi's next - BIG NEWS! Check Out!

Big exciting announcement on Sai Pallavi's next Tamil film - here is what you need to know!