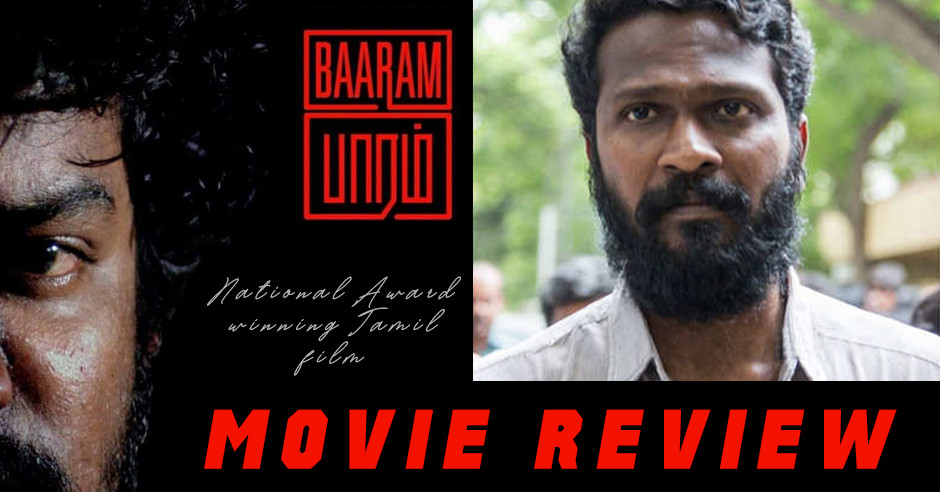 Baaram, an independent Tamil feature film became popular among film buffs after bagging the National Award for the Best Tamil Film, at the 66th National Film Awards. After coming a round in the film festival circuits, Baaram is all set for its theatrical release on February 21 and we have seen the film at a special preview show. Acclaimed filmmaker Vetri Maaran has presented the film under his banner of Grassroot Films, in association with SP Cinemas.

Baaram revolves around Karuppasamy (R.Raju), who is bed-ridden after meeting with an accident. Karuppasamy's son Senthil (SP Muthukumar) refuses to get him operated at the hospital, as he feels it involves a huge process and also decides to take care of him at his home. In a few days of time, Karuppasamy passes away and things turn ugly when the mystery behind his death unravel. What is the mystery and does it get solved, forms the rest of the plot.

First things first; a big round of applause needs to be given to director Priya Krishnaswamy for taking up a premise like this, which needs to be told to the society. The film is intense and hard-hitting and leaves you with a heavy heart when you leave the theatre. The film is full of life, thanks to the natively rooted characters and their impactful performances. The mise-en-scene is maintained throughout the film and even the sounds are live in a majority of the places.

The actors have been chosen to precisely suit the shade of the characters and you get to feel their mood, just by their looks. The lady who plays the younger sister of Karuppasamy is a revelation. She is completely natural and takes us back to our roots with her innocent performance. She is a show-stealer. Karuppasamy (R Raju), Senthil (SP Muthukumar) and Veera (Sugumar Shanmugam) deliver great performances that naturally aid the film's mood.

There couldn't have been a better title than Baaram (meaning: Burden) for the film and after watching the film, you would know why. Director Priya explores the untouched sides of parricide (Thalaikoothal) and she brings out some dark incidents to light, that are practiced in the name of tradition. She questions the organized crimes that happen in the rural parts of our state. A few months back, we saw a film called Karuppu Durai aka KD, which also talked about Thalaikoothal but in a light-hearted manner. Baaram is a serious take on the same practice. The parricide sequence is disturbing and that is what leaves you with an impact.

This film emphasizes on the importance of taking care of your parents and it cannot be told in a more impactful manner. Baaram will book a memorable place in Tamil cinema, along the lines of Kuttram Kadithal, ToLet, etc. Baaram is a film that has been made for the love of cinema and it needs the support of the Tamil cinema audience.

Jayanth Madhavan's handheld shots help in making the film more real. The single take shots garner good attention. Priya Krishnaswamy, not only scores as a writer and director, but also as an editor.

Verdict: A hard-hitting social drama that questions your actions and thoughts, brutally! Go watch it for the love of cinema!