Yuvraaj is one of the fastest rising Public Relation Officers (PROs) in the Tamil Film Industry today. The dynamic young publicist not only handles promotions for films but also manages the publicity related activities of some of the top stars and production houses in the Tamil Film Industry. It was in the year 2009 that Yuvraaj started his career in the PR Business by joining Zee Tamizh as its Public Relations Officer. Even while working as Zee Tamizh's PR, Yuvraaj chose to simultaneously join PT Selvakumar, a senior Public Relations Officer in the Tamil film industry, as his assistant by the fag end of 2010. After working with P T Selvakumar for four years, during which period he worked on around 40 to 50 films, Yuvraaj earned his right to become a full-fledged Public Relations Officer in the Tamil films industry. In the month of March, 2015, he was formally inducted in the PRO union as a member, thereby marking his transition from being an assistant PRO to PRO. After turning PRO in the Tamil film industry, the first film that Yuvaraaj worked on was actor Vijay's Puli. The film was produced by none other than Yuvraaj's mentor P T Selvakumar. There were two PRs for the film and on P T Selvakumar's recommendation, Yuvraaj was made one of the PRs along with veteran PRO Diamond Babu. 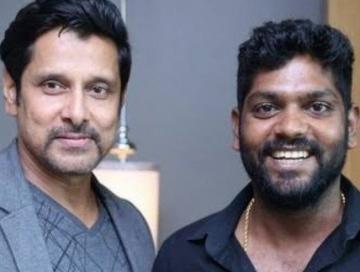 Slowly, film producers started entrusting their films' promotions to Yuvraaj, seeing his commitment and determination. The young enterprising PR soon found himself working on two or three films like Atti. He single-handedly managed their promotions well and this caught the attention of producers in the industry. It was at this point that Kothandapani Films Senthil called him and made him the PRO of Thirunaal, a reasonably big film starring Jiiva and Nayanthara in the lead. With Yuvraaj handling its promotions well, the message was loud and clear. Another PR who had proved his mettle in this difficult industry had announced his arrival. Soon after Thirunaal, Lady luck smiled on Yuvraaj and he was chosen to handle the promotions of Chiyaan Vikram’s Irumugan. While Yuvraaj was grateful that the producer Shibu Thameens and the film’s lead Actor Chiyaan Vikram had showed immense faith in him by appointing him as the PR of the film, the producer and the actor were impressed by his commitment. Their association continued even after Irumugan with Yuvraaj turning the PR of Actor Chiyaan Vikram as well. After Irumugan, Yuvraaj worked on a small but important film called Nisabdam, which dealt with the sensitive issue of child abuse. It was at this time that Yuvaraj got his opportunity to showcase his abilities to handle big assignments on a national level. The whole PR process for A R Rahman’s One Heart film was assigned to young Yuvraaj. One Heart was an album of A R Rahman.

Soon after, Yuvraaj also took up the challenging task of becoming the PR for an adult comedy called Hara Hara Mahadevaki. The film came in for scathing criticism but worked big time at the box office. That apart, Yuvraaj also handled with exceptional skill the promotions of Tik Tik Tik, a film that the makers claimed was the first Indian film on space. Needless to say, this film too emerged a big winner at the box office. The year 2018 in general was a very successful year for Yuvraaj who ended up handling the promotions of a number of films including the Actor Vijay Sethupathi-starrer Junga. Yuvraaj, who became a member of the PRO Union in 2015, decided to enter the fray in 2016, when elections to select the next set of office bearers to the PRO Union were announced. To even cast a vote in these elections, one must have handled the promotions of at least five films in a year. Yuvraaj had completed more than 10 films in a year, making him more than eligible to contest the elections. The young PR enjoyed immense support from fellow PROs and this became evident when was elected Joint Secretary of the PRO union, within just a year of turning a full-fledged PRO. In 2018, when elections to the PRO union were announced, Yuvraaj decided to contest again – this time to the position of Treasurer. He scored a resounding victory and was made the Treasurer of the PRO union. In the process, 29-year-old Yuvraaj has made history. He has become the youngest PR to hold the position of Treasurer in the PRO Union.

Mouni Roy's New Trending Video Song Is Out! Check Out!