American actress Olivia Munn and her boyfriend John Mulaney have shared the first glimpse of their baby boy, son, Malcolm Hiệp Mulaney, who was born on November 24, 2021. The actress, known best for portraying the character Elizabeth Braddock / Psylocke in X-Men: Apocalypse, posted a photo on Instagram showing her adorable little munchkin deep in sleep in a blue beanie while being covered in a fluffy blanket. Munn captioned the post: "My Golden Ox baby. Malcolm Hiệp Mulaney. Happy Holidays." The 41-year-old actress shared a couple of more pictures on her Instagram Stories in view of the holiday spirit, where she is seen practicing her New Year dinner during her preparation of báhn bao. We see the couple holding their baby by playfully putting him in the steamer and writing, "Lol, daddy's new báhn bao recipe," while also adding a dancing dumpling emoji. 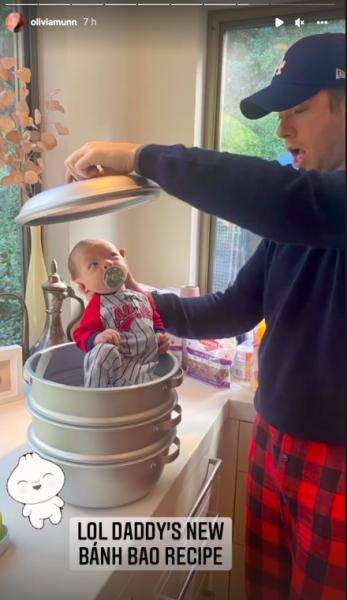 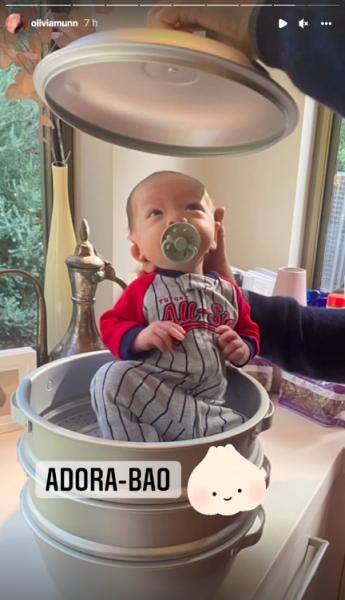 The news of Olivia Munn's pregnancy was first confirmed by John Mulaney in September during an appearance on Late Night with Seth Meyers. The former Saturday Night Live writer and Munn first met at Meyers' 2013 wedding, with their relationship taking a romantic turn after he got out of rehab for drug abuse. Mulaney, who is also a stand-up comedian, actor, and producer, has voiced the character Peter Porker / Spider-Ham in 2018's Spider-Man: Into the Spider-Verse. He will next be voicing the character Chip in the live-action/CGI-animated adventure comedy film, Chip 'n Dale: Rescue Rangers, in 2022. Mulaney's stint as a voice artist on the hit adult animated coming-of-age sitcom, Big Mouth, as the character Andrew Glouberman since 2017, has also fetched him wide acclaim.