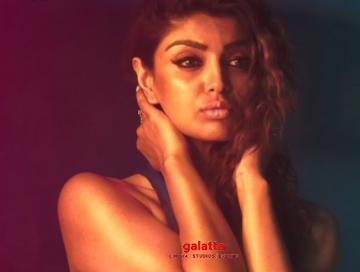 The makers of Action have now released the next single from the film which is called 'Fiyah Fiyah'. This stylish party number is crooned by indie artist Navz47, while the lyrics is penned together by Hiphop Tamizha, Navz47 and Arivu. The visuals of this song, which will feature actress Akanksha Puri, look stylish and glossy and we will get to see more of this in the final version of the film.

The video of Fiyah Fiyah song will be high on glamour as the lyric video is suggestive of the same. The trailer of the film which released recently was completely packed with action  and glamour. The song has been released on the official YouTube channel of Muzik 24*7 who owns the film's audio rights. With decent expectation level, this Vishal starrer is scheduled to hit the screens on November 15th. Catch the 'Fiyah Fiyah' song from Action here: