The shooting of Thalapathy 64 was all the while progressing in Delhi at the premises of a private college. Apart from Thalapathy Vijay, Malavika Mohanan, and Shanthnu Bhagyaraj, an array of supporting actors including Ramya Subramaniam, 96 fame Gouri Kishan, Brigida, Soundarya Bala Nandakumar, Prem Kumar, Chethan, were also part of this schedule. Vijay will be playing the role of a professor and the college-related sequences were filmed in this schedule. It has now been updated that this close to month-long Delhi schedule has been wrapped. 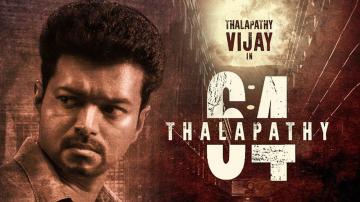 Actor Shanthnu took to his Twitter space to share a picture of himself posing along with director Lokesh Kanagaraj and Rathna Kumar, one of the screenplay writers of the film. The team will be back to Chennai now and will take a break for two days. The next schedule, as already reported, will start at Shimoga district in Karnataka from December 1.

Makkal Selvan Vijay Sethupathi, who is touted to play the antagonist, will take part in the upcoming Shimoga schedule. With music by Anirudh Ravichander and cinematography by Sathyan Sooryan, Thalapathy 64 is scheduled to hit the screens on April 9, 2020, ahead of the Tamil New Year weekend. The makers are very keen on finishing the film on time and there seems to be no big breaks between each schedule.

Off to Chennai ✈️ pic.twitter.com/OtSOSZgP3a