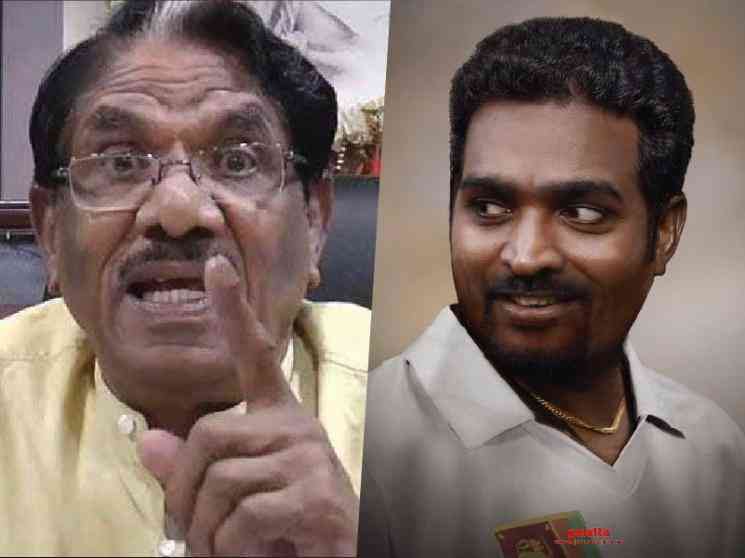 A film that has become the subject of major controversy in recent times is the recently-announced 'Makkal Selvan' Vijay Sethupathi starrer, 800, which is a biopic on Sri Lankan cricketer Muttiah Muralitharan. The film's first look and motion poster was released on Tuesday, but has since drawn massive opposition from social media users, who have been trending the hashtag #ShameonVijaySethupathi. Fans have claimed that Muttiah is a supporter of the Sri Lankan government, which crushed the LTTE (Liberation Tamil Tigers of Eelam), including being accused of genocide against the Tamil people.

Post the tremendous opposition to 800 and against Vijay Sethupathi for signing up for the project, an official clarification was issued by Movie Train Motion Picture and Dar Pictures stating that the Muttiah Muralitharan biopic's story "is a journey about a man who hails from the Tamil migrant community, going on to become the highest wicket taker of all time." The statement further read, "The film does not make any political statement favouring any community. This film is intended to be an inspiration for the young generation to achieve their dreams irrespective of the difficulties they come across in their journey." The producers further added that 800 being directed by MS Sripathy "will not showcase any scenes that would belittle the struggles of Eelam Tamils in Sri Lanka or hurt their sentiments in any way."

Despite the assurances from the 800 team, the stiff opposition towards the film has been continuing, with legendary Tamil film director Bharathiraja now reacting to the controversy. The six-time National Award-winning director in a statement requested Vijay Sethupathi to withdraw from acting in the film. He said, "It is difficult to earn a good name and reputation among the public. People have showered their love for you so quickly. Your humble attitude and the manner in which you convey your feelings of the general public is the reason. I wish that you continue to grow as an actor. I came to hear about your film, 800, which is a biopic on Muttiah Muralitharan. He didn't object to any of the killings of the Tamils in Sri Lanka. He supported the genocide of Tamil children.”

Bharathiraja further stated, "Although Muttiah Muralitharan has accomplished so much as a cricketer, he chose to remain quiet when the genocide happened in Sri Lanka. What is the point of all his records then? He is a traitor. Many have been asking me as to why Vijay Sethupathi agreed to be a part of the film. On behalf of all the Tamilians around the world, I request you to not act in the film. If you choose to do so, you will receive support from all the Tamilians across the world. Why must people see you representing the face of a traitor in the years to come? Please avoid acting in the film." Check out Bharathiraja's statement in full below on his Twitter page: