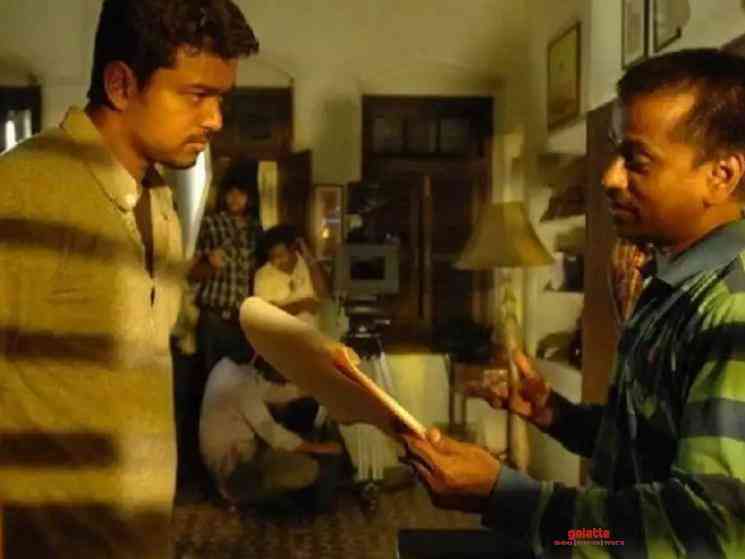 The 2012 movie Thuppakki is till date, one of the biggest blockbusters in the career of Thalapathy Vijay. This movie, which saw Vijay playing the role of a Military Police officer, was produced by Kalaipuli S Thanu, under his V Creations banner. Directed by AR Murugadoss, Thuppakki marked the first time collaboration between the filmmaker and Thalapathy Vijay. This movie had Kajal Aggarwal as the female lead and Vidyut Jammwal, Jayaram, Sathyan and many others played supporting roles. Now, director AR Murugadoss has given out a juicy nugget about this movie!

In a recent interview to the media, AR Murugadoss revealed that he got Thalapathy Vijay's dates for Thuppakki, after Mani Ratnam's Ponniyin Selvan got delayed. Originally, ace director Mani Ratnam had announced that he would be making Ponniyin Selvan with Thalapathy Vijay and Mahesh Babu in the lead roles. However, after a lot of unfortunate reasons, the project initially got delayed and then eventually shelved. This freed up some dates for Vijay and he agreed to work on Thuppakki after listening to the script from AR Murugadoss and liking it. Mani Ratnam has now begun work on his dream project Ponniyin Selvan with an ensemble cast including Chiyaan Vikram, Jayam Ravi, Karthi and a whole lot of other leading stars!

Following the massive success of Thuppakki in 2012, the director-actor combo came together once again in 2014, to make Kaththi. This movie, which saw Thalapathy Vijay in dual roles, again went on to become a blockbuster hit and catapulted the combo to greater heights. AR Murugadoss and Vijay again joined hands for the 2018 movie Sarkar, which turned out to complete a hattrick of successes for the duo! Now, Vijay is working on Master with Lokesh Kanagaraj while AR Murugadoss is awaiting the release of his Darbar with Superstar Rajinikanth, which is hitting the screens tomorrow (January 9th)!