One of the most popular directors in Tamil cinema at present, Vignesh Shivan has garnered quite a fan following over the years with his films Poda Podi with STR, the Vijay Sethupathi and Nayanthara starrer Naanum Rowdydhaan and Thaanaa Serndha Koottam featuring Suriya and Keerthy Suresh in the lead roles.

Vignesh Shivan has since then announced that his upcoming film will be with Sivakarthikeyan and is tentatively titled SK 17. To be produced by Lyca Productions, the film will include music by Anirudh Ravichander with shooting set to begin from July 2019 in light of the 2020 release plan. 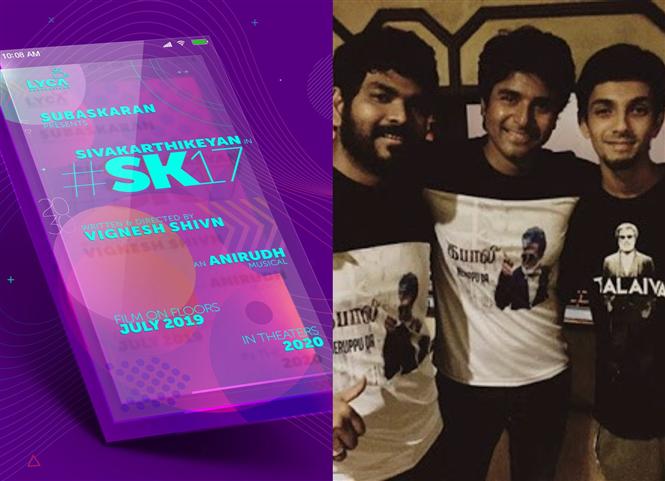 With pre-production on SK 17 already underway, Vignesh Shivan is at present at the 2019 Cannes Film Festival in Paris, France and had gotten an opportunity to meet and interact with his favorite director, Quentin Tarantino. 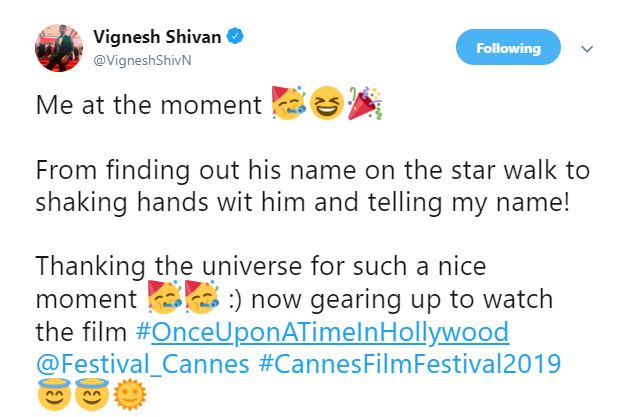 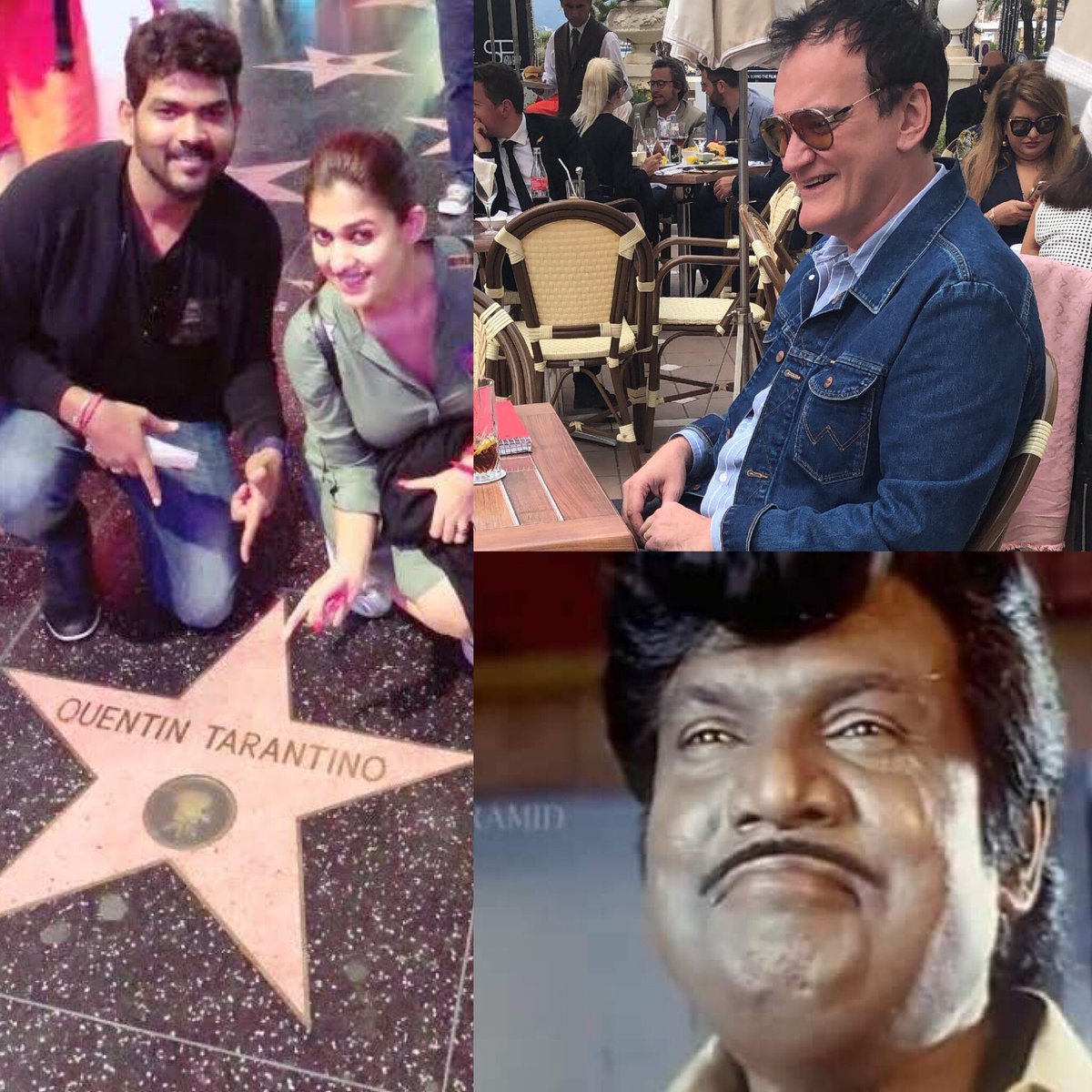 Taking to his Twitter page, Vignesh Shivan expressed his elation upon meeting the filmmaker and revealed that he is eagerly waiting to watch Tarantino’s upcoming film, Once Upon A Time In Hollywood, which stars Leonardo DiCaprio, Brad Pitt, Margot Robbie, Al Pacino among others.

Tarantino is one of the most adored and respected filmmakers from Hollywood and went on to win the Academy Award for Best Screenplay for Pulp Fiction in 1994 and Django Unchained in 2012. 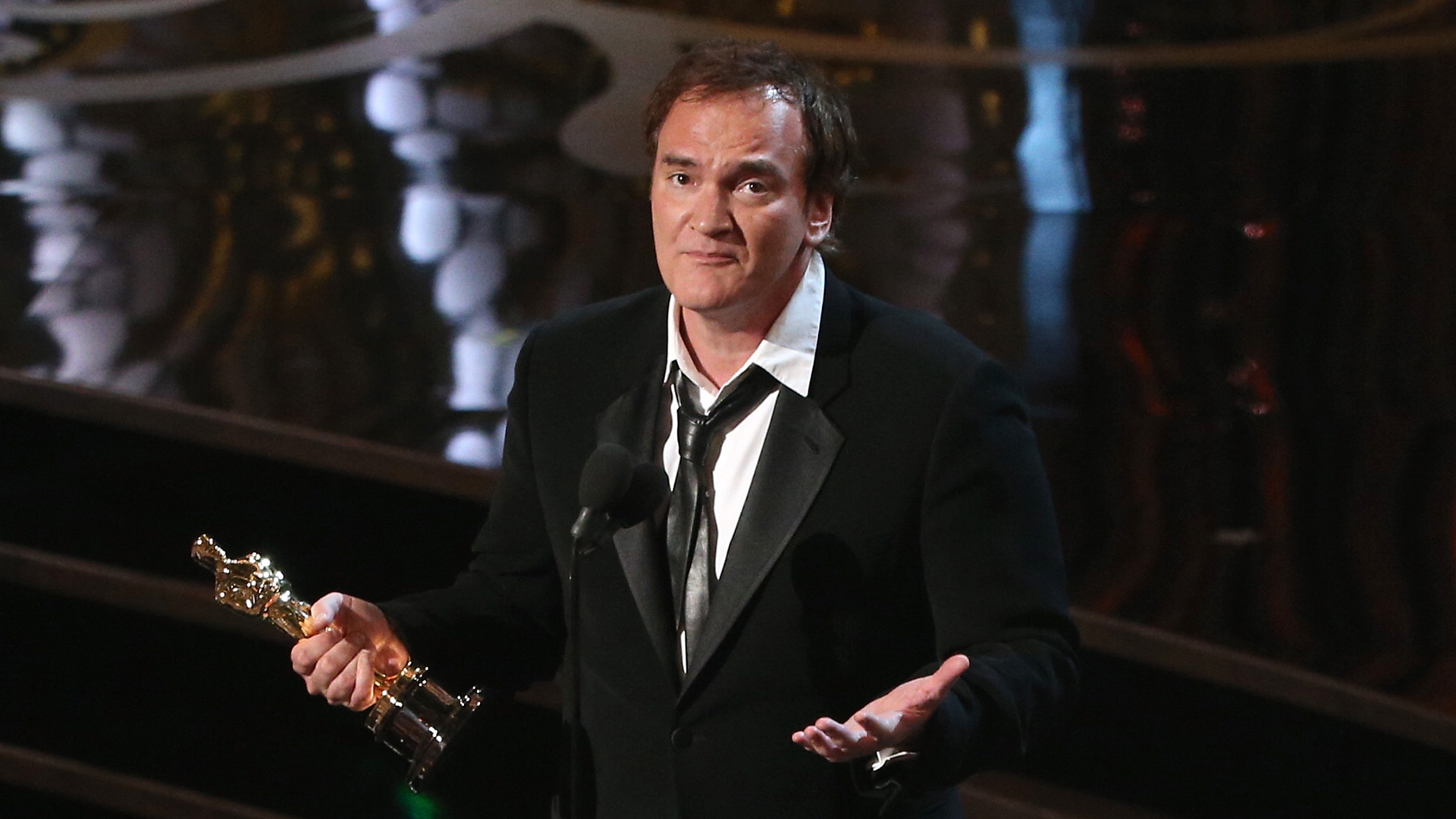