Based on the concept of night blindness, Sixer directed by debutante Chachi, hit the screens just last Friday (August 30) and went up against the highly expected biggie Saaho, at the Box Office. This movie, starring Vaibhav as the protagonist, has Pallak Lalwani as the heroine with Sathish and Radha Ravi in pivotal characters. This romantic comedy has been receiving favourably good reviews and with Saaho failing to impress the audiences, the movie has been having a pretty decent run at the theatres too. Produced by R Dinesh Krishnan and Sridhar for the Trident Arts and Wallmate Entertainment banners, the promotions for this movie are still going on. 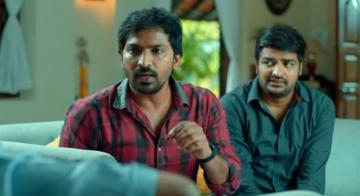 Now, the Sixer team has released a new Sneak Peek video, the third for this movie. This sneak peek video shows Vaibhav and Sathish arriving at Radha Ravi's house and having a conversation with him, while Pallak Lalwani watches on. It looks like Vaibhav and Sathish are initially apprehensive but are later put at ease when the realise that Radha Ravi has not remembered anything from their earlier day's conversation. Vaibhav also ends up planning to take Pallak to Bangkok for their honeymoon after the wedding. Eventually, the scene turns funny with Vaibhav, Sathish, Radha Ravi and Pallak, ending up laughing. 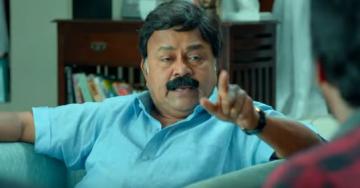 This entire movie has been based on veteran Goundamani's character from Chinna Thambi, where he plays a chef with night blindness. Ghibran has scored the music for Sixer, which has editing by Jomin and cinematography by PG Muthiah. The cast of this movie also includes Ramar, Ilavarasu, Sriranjani and also Ramar, Kuraishi and TSK of Kalakka Povathu Yaaru fame.