Trisha lost one of her pet dogs recently and she took to her official Instagram page to mourn the loss of her dear one. Trisha's pet dog, Janaa aka Blackie breathed his last on Saturday (April 16). The star actress penned a heartfelt note on the pet dog's demise and called Blackie her angel. Sharing a picture of the dog, Trisha posted, "Our darling Janaa / Blackie crossed over to the rainbow bridge today. It was our privilege to have had him in our home and an even bigger honour to have had him RIP in my arms. My angel". Trisha also thanked the Blue Cross for helping with the cremation process.

She posted, "We are so grateful to you Blue Cross Rescues for such a peaceful cremation". The fans and well-wishers have been expressing their heartfelt condolences on social media, extending their support to Trisha. On the professional front, Trisha is one of the busiest actors in town and has various exciting projects in her pipeline. The biggest one among the lot happens to be Ponniyin Selvan in which she will be seen playing the female lead, essaying the character of Kundhavai. Ponniyin Selvan, directed by Mani Ratnam, has Chiyaan Vikram, Karthi, Jayam Ravi, and Aishwarya Rai Bachchan playing the other leads.

The first part of Ponniyin Selvan is slated for a grand theatrical release on September 30. Trisha's performance in this historical epic is said to be one of the major highlights and the fans are eagerly looking forward to witnessing it on the big screens. Trisha will be making her debut in the digital space with the upcoming Telugu web series, Brinda, which is being made for the Sony Liv platform. Brinda will feature Trisha playing the role of a police officer and the series is said to be loaded with lots of action. Trisha also has long-delayed films like Raangi, Garjanai and Sathuranga Vettai 2 waiting for a release. 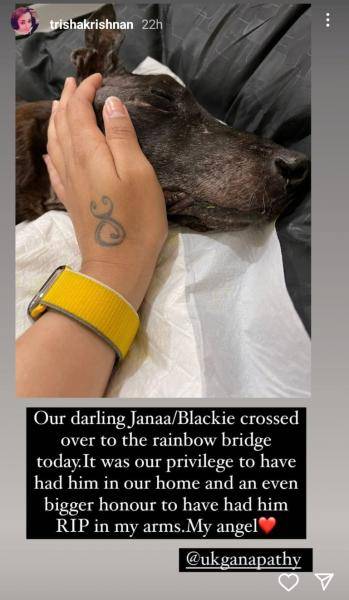 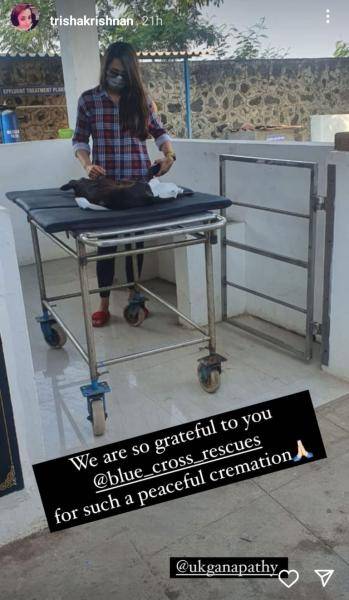 Trisha's latest positive message is the start you need for the day! Check Out!

Trisha tests positive for COVID-19, appeals to fans to mask up and get vaccinated

SAD: Veteran actress and TV producer passes away at 73 | condolence messages pour in!

SURPRISE: Here is a delightful video of Vadivelu and Prabhu Deva that you can't miss! SUPER FUN!

The long wait for Chiyaan Vikram fans come to an end - exciting announcement on Cobra is here!