Producer CV Kumar started his career with a series of hit films like Attakathi, Pizza, Soodhu Kavvu, Thegidi and Mundasupatti. Unfortunately, he has not managed to find a hit film since then. The going has been tough for him as he is finding it hard to release his films. He currently has 2 films in the pipeline, 4G and Titanic Kadhalum Kavundhu Pogum. Both films have been in production for quite some time now. Titanic is romantic comedy film written and directed by M Janakiraman and it stars Kalaiyarasan, Anandhi, Varma Ramaswamy and Ashna Zaveri in the lead roles, with a supporting cast including Kaali Venkat and Jangiri Madhumitha. The film will feature music composed by Nivas K. Prasanna and cinematography by Ballu. 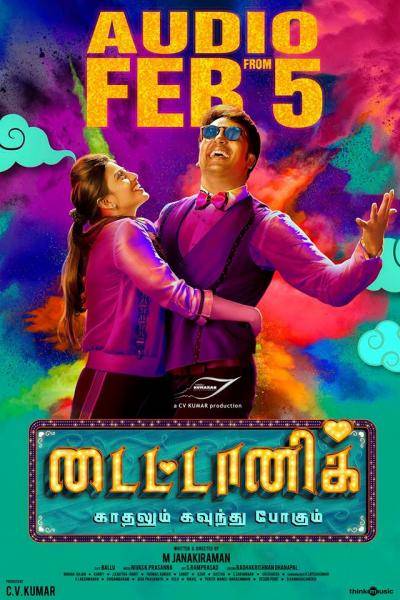 Finally, CV Kumar has some good news to feel happy about, all roadblocks have been cleared for his upcoming film Titanic Kadhalum Kavundhu Pogum and the makers have planned to release the audio of the film on the 5th of February at Kamala theatre. Chennai. The production confirmed this news through the social forum. - “By the grace of Lord Subramanya our next production Titanic - Kadhalum Kavundhu Pogum 's Audio Launch on 5th Feb 2020 at Kamala Cinemas. A Grand Event with live performances of composer Nivas K Prasanna along with Top composers and leading singers.We invite u to celebrate the music and grace the occasion with us.”