Thalapathy Vijay's Bigil which has become a blockbuster hit at the box office is right now in its 5th weekend showing some great occupancy at the theatres. The family audiences and the women have given a big thumbs up to the film. Vijay fans have been enjoying the success of the film. Having said that, we have now got an exclusive update on the digital premiere of this Atlee directed sports drama. We are sure the fans are going to be excited by this and are going to look forward to it eagerly.

The digital streaming rights of Bigil has been sold to Amazon Prime for a whopping price and it was already revealed, much before the film's release. It has now come to our notice through our sources that the film will release on Prime Video from December 13. Yes, that is the update we have got and we thought of letting our readers and followers know about it.

Produced by AGS Entertainment, Bigil also starred Nayanthara, Jackie Shroff, Kathir, Vivekh, Yogi Babu, Daniel Balaji, Indhuja, Reba Monica John, Amritha Aiyer, Indraja Shankar, in the star cast. The film, which got released on the festive occasion of Diwali, opened to fairly positive reviews from the fans and general audience, while another section of the audience weren't impressed with the film. So, get ready to watch Bigil on Prime Video from December 13. 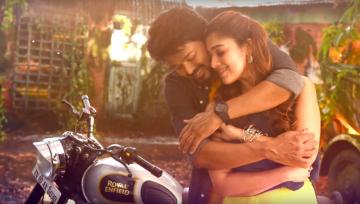 Official: Dhanush to have 2 big movie releases on the same day!!