While Bigil is putting up a great performance at the box office, Thalapathy Vijay is busy shooting for his next, tentatively called Thalapathy 64, directed by Lokesh Kanagaraj. Produced by XB Film Creators, the film features an ensemble star cast that includes big names like Makkal Selvan Vijay Sethupathi, Antony Varghese, Malavika Mohanan, Shanthnu Bhagyaraj, Gouri Kishan, VJ Ramya, and others. This action entertainer will be hitting the screens on April 9, 2020 as a summer treat. 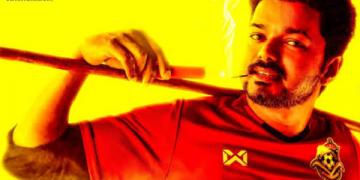 Meanwhile, the fans are eagerly waiting to know who will direct Thalapathy 65 and quite a lot of names were speculated. Rumours were rife since this morning that Thadaiyara Thaakka and Thadam fame Magizh Thirumeni will helm Vijay's 65th project.  This took fans by surprise and the news became a Nationwide trending topic on social media. It was stated that this film will be a slick action thriller and that the shooting will begin from June 2020. However, when we checked with our close sources, they completely denied the rumour and said that no such developments have happened. It looks like Vijay has not yet finalized the director of Thalapathy 65. We hope this puts a full stop to all the rumours. Let us wait for few more months to know the real fortunate director who will head Thalapathy 65.

"I am not able to contact Simbu again": Maanaadu producer's statement