The news of ‘Makkal Selvan’ Vijay Sethupathi coming on board actor Vijay’s upcoming next film, Thalapathy 64, under Kaithi director Lokesh Kanagaraj instantly set off tremendous expectations among fans with the project announced to be coming out as a summer 2020 release. With Vijay Sethupathi already committed to multiple projects including Thalapathy 64, the versatile actor has now revealed the title of his VSP 33 as Yaadhum Oore Yaavarum Kelir. Being produced under Esakki Durai’s Chandaraa Arts banner in association with Cine Innovations, Yaadhum Oore Yaavarum Kelir sees Vijay Sethupathi paired opposite actress Megha Akash, with whom he had starred alongside in ‘Superstar’ Rajinikanth’s blockbuster, Petta, earlier this year. Check out the title announcement poster below: 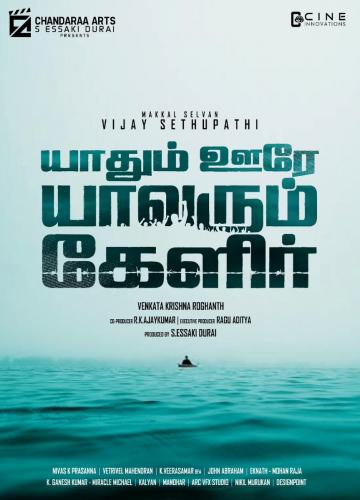 Yaadhum Oore Yaavarum Kelir is being directed by newcomer Venkata Krishna Roghanth with music by Nivas K. Prasanna is being billed to be a big budget blockbuster and will see Vijay Sethupathi playing the role of a musician alongside Vivek Prasanna and director Magizh Thirumeni in supporting roles. The plot was revealed a while back to travel through the festive season of the year including Christmas and New Year and, will overflow with love and music while also addressing a major international issue. 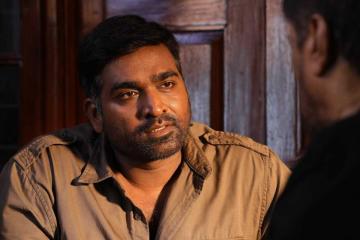 WOW: Vijay Sethupathi and Rashmika in this leading top star's next film