Superstar Rajinikanth's Darbar is scheduled to hit the screens on January 9, 2020, ahead of the Pongal festival weekend. The film's songs composed by Anirudh Ravichander is said to be launched in a grand manner on December 7th. Rajini's next film after Darbar is already announced and it will be with Viswasam director Siva. Bankrolled by Sun Pictures, this film is tentatively called Thalaivar 168. The film has got sky high expectations amidst the fans and it is expected to showcase Thalaivar in a new dimension with a rural flavour. 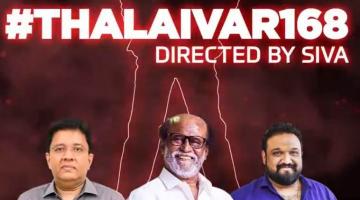 Director Siva, in his recent interaction at Galatta Wonder Women Awards had revealed that Thalaivar 168 will be a happy family action entertainer. We have now got a breaking update on this film and we thought of updating it to our readers. A little birdie in the industry has informed us that the shooting of Thalaivar 168 will begin on December 18.

More details on further schedules and the rest of the cast is awaited. On the technical front, the film has music by D Imman and editing by Ruben. Thalaivar 168 will roll from Dec 18th and the fans can gear up to witness a new Superstar!

Check Out The New Breezy Trailer Of Mundina Nildana!