WOW: Here's the list of post-pandemic Tamil films that have crossed 100 crores at the box office - Read to know!

Ace filmmaker Mani Ratnam's Ponniyin Selvan: 1 produced by Lyca Productions in association with Madras Talkies and featuring music by Academy Award-winning composer A. R. Rahman has crossed 200 crores in worldwide gross in three days and it looks like there's no stopping the multi-starrer, which is based on acclaimed Tamil writer Kalki Krishnamurthy's book of the same name. PS: 1, as it is being called, is the first of the two installments starring 'Chiyaan' Vikram, Aishwarya Rai Bachchan, Karthi, Jayam Ravi, and Trisha, and is one among the few Tamil films released theatrically post-pandemic to cross the 100-crore mark after several notable ventures since 2020. 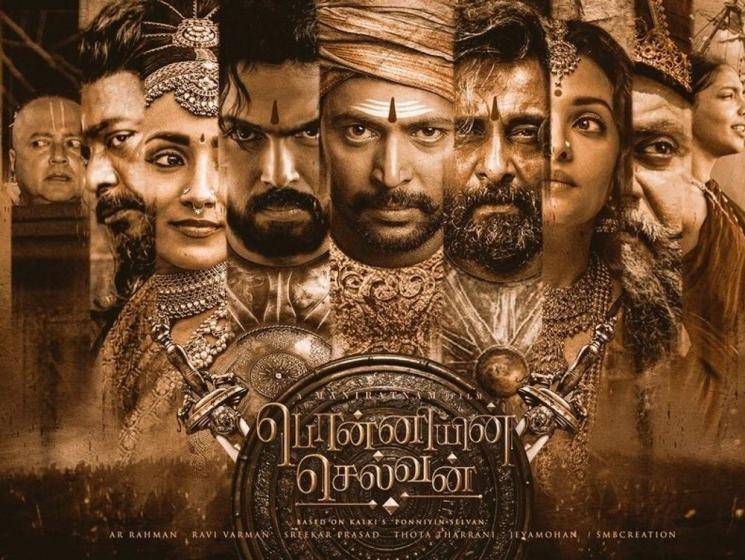 With Ponniyin Selvan: 1 now the latest to reach the distinction, we look at a few other post-pandemic Tamil films that have crossed the 100-crore numbers to date:

'Thalapathy' Vijay's Master was the first major film to come out from the Tamil film industry after a long delay, which eventually turned out to be worth the wait for fans, including theatre owners, who especially were severely hit due to the pandemic. As the world stood at a grim point and a few Tamil films that were released didn't perform as expected in the initial stages of the post-pandemic times, the industry was in desperate need of a big box office blockbuster and Vijay definitely proved to be the savior with his Master, which went on to cross the 200-crore mark at the box office. The superstar was complimented with an electrifying performance by 'Makkal Selvan' Vijay Sethupathi as the antagonist under Lokesh Kanagaraj's direction along with 'Rockstar' Anirudh Ravichander's chart-buster songs and thunderous background score.

After 'Thalapathy' Vijay's money-spinner Master, the ghosts of the pandemic which were looming around, surfaced once again, and several Tamil films did not get a favorable outcome at the box office, leading to the industry once again coming to a halt. Sivakarthikeyan's Doctor directed by Nelson Dilipkumar and featuring music by Anirudh Ravichander was the first film to come out after the second lockdown and went on to hit the 100-crore mark at the box office. The black comedy film featured an ensemble cast that included Priyanka Arul Mohan, Vinay Rai, Yogi Babu, Arun Alexander, Redin Kingsley, Archana Chandhoke, Zaara Vineet, and Deepa Shankar, among others, and was lauded by audiences and critics alike for its strong performances, engaging screenplay, and foot-tapping music. 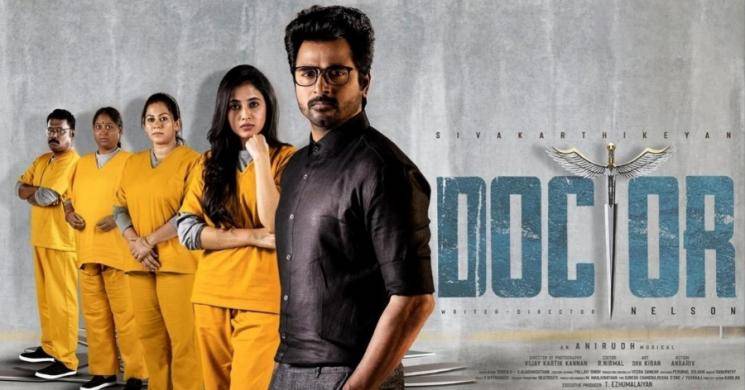 Silambarasan TR's Maanaadu directed by Venkat Prabhu and featuring music by Yuvan Shankar Raja went on to create ripples in the Tamil film industry and continues to be one of the most debated and celebrated films in recent times. Hitting the 100-crore mark at the box office, the science fiction action thriller film revolving around the concept of time loop had a tight screenplay and power-packed performances from Simbu as well as SJ Suryah, who played the role of a rogue cop. The dynamic of the Maanaadu duo lit the screens and left everyone smiling after leaving the cinema halls, with praises pouring in for director Venkat Prabhu for his story that finished with an epic open ending. 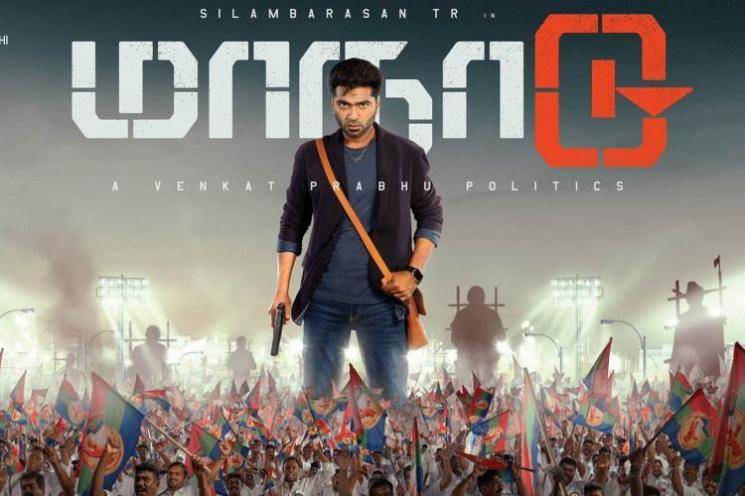 'Superstar' Rajinikanth's mass family entertainer Annaatthe was a big comeback for the iconic actor to the rural roots after nearly two decades since his Padayappa (1999) and expectations were obviously massive. Directed by Siva after the blockbuster success of his Viswasam with Ajith Kumar, the excitement for the director's collaboration with Rajinikanth was eagerly awaited and the film went on to cross the 100-crore mark with ease despite mixed reviews. Rajinikanth shared the screen space for Annaatthe with some of the biggest names in Tamil cinema among whom included Khushbu Sundar, Meena, Nayanthara, Keerthy Suresh, Jagapathi Babu, Prakash Raj, and Soori, and was loved by family audiences the most and left plenty quite satisfied. 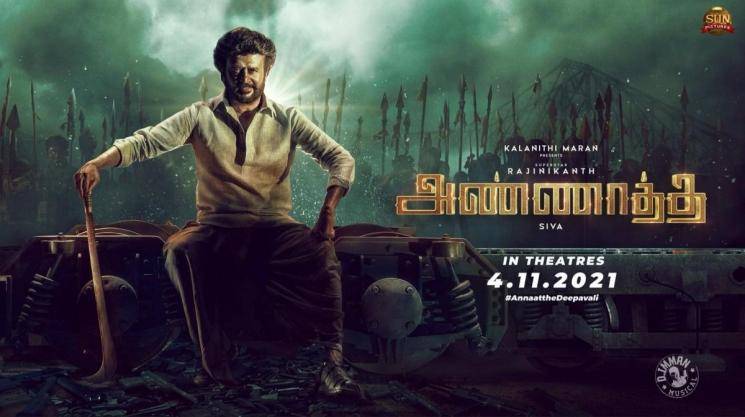 Ajith Kumar's Valimai raced its way to the 200-crore mark in quick time as the film was one that was awaited for a long time by fans everywhere. Despite several release delays and mixed reviews, audiences and hardcore fans of the actor lifted the film to becoming a stellar box office success, with praises pouring in for the action sequences the most. Valimai saw Ajith collaborating with director H. Vinoth and producer Boney Kapoor for the second time after their 2019 film Nerkonda Paarvai and all eyes are now on the trio's upcoming Thunivu, which is nearing the finish line in shooting, with plans for a release either towards the end of the year or early 2023.

'Thalapathy' Vijay and Sun Pictures share an excellent rapport and that was clearly witnessed with their 2018 box office money-spinner Sarkar, which instantly led to massive expectations among fans for their Beast released earlier this year. Director Nelson Dilipkumar was coming off of the spectacular response to his Doctor and as expected the buzz for Vijay's Beast since the beginning had been high. Although Beast received mixed reviews, the performances, action, and music garnered terrific feedback from fans and critics, with the film currently sitting at the number one spot for taking the biggest opening in 2022 and crossing 200 crores in collections.

Sivakarthikeyan and Lyca Productions announced in early 2021 their first-ever collaboration with Don, which saw him reuniting with his Doctor co-star Priyanka Arul Mohan and composer Anirudh Ravichander under debutant Cibi Chakravarthi's direction. The college entertainer hit all the right spots in keeping audiences hooked till the end, with the film dancing its way to the 100-crore mark in quick time. Powered by Anirudh's pulsating music and well-defined performances by the lead pair Sivakarthikeyan and Priyanka Mohan, and SJ Suryah and Samuthirakani, who played pivotal roles, Don proved to be a solid summer entertainer for families to enjoy in cinemas. 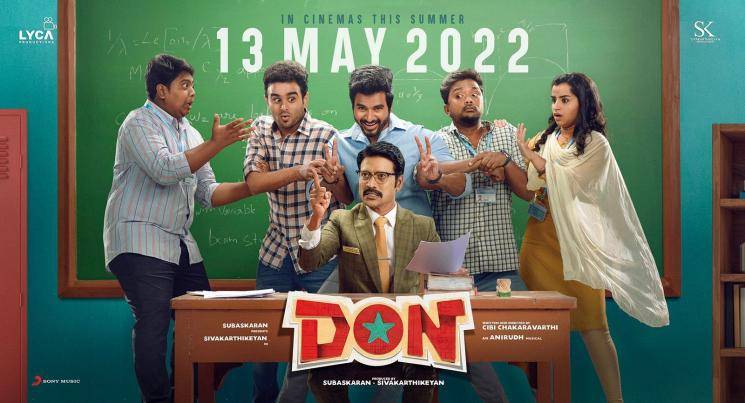 'Ulaganayagan' Kamal Haasan's big screen comeback after a nearly five-year hiatus, Vikram, released in June this year, became the talk of the entire nation and is currently the highest-grossing Tamil film of all time. The pan-Indian action thriller film directed by Lokesh Kanagaraj, which also saw Vijay Sethupathi and Fahadh Faasil deliver performances on par with Kamal Haasan, including Suriya appearing in a powerful cameo as Rolex, continues to be debated extensively by fans after its ending, which teased a big confrontation up ahead in the future. Anirudh Ravichander too proved once again his value as a composer who adds strength to films with his work, which was evident in Vikram too, as his songs and stirring background score received a staggering reaction from fans and critics. 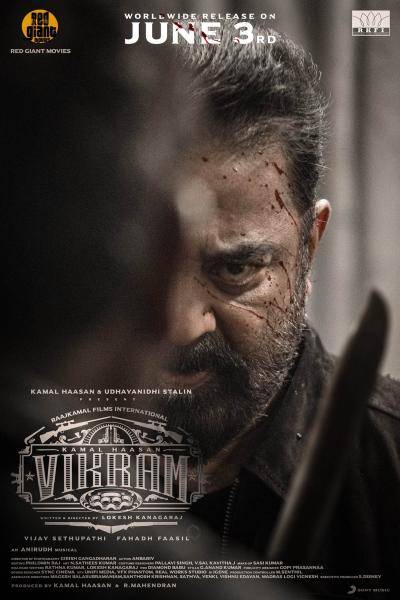