Actor Suriya has his hands full with his upcoming projects starting with his ongoing film, Soorarai Pottru, being helmed by Irudhi Suttru director Sudha Kongara under his 2D Entertainment banner. He was also announced to be part of Studio Green’s next big venture, tentatively titled Suriya 39, which will be captained by the blockbuster Viswasam director Siva and begin rolling from possibly next month. After his NGK released a few months back, Suriya will next be seen in the highly anticipated action thriller, Kaappaan, on September 20. Produced by Lyca Productions under director KV Anand, the film features a multi-star cast with names like Mohanlal, Sayyeshaa, Arya, Samuthirakani, Boman Irani among others and smash hit music by Harris Jayaraj. 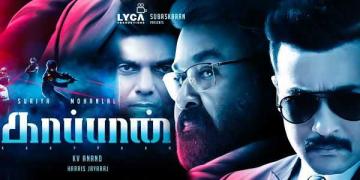 Kaappaan will now be facing off on September 20 the much-awaited, Oththa Seruppu Size 7, which has been directed by Parthiepan under his Bioscope Film Frames banner, who also stars in the lead role. Santhosh Narayanan has scored the music for Oththa Seruppu Size 7, which will see only Parthiepan featured in the whole film as it will revolve around one character completely. The film includes a stellar technical team which includes names like Oscar-winning sound designer Resul Pookutty, cinematographer Ramji, editor R. Sudarshan, and music composed by Santhosh Narayanan. An interesting aspect about Oththa Seruppu is that it has entered the Asia Book of Records and India Book of Records for a film that has been written, directed, acted and produced by a single person. Incidentally, this will be the second time both Parthiepan and Suriya will be battling it out at the box office after a gap of 5 years when their Anjaan and Kathai Thiraikathai Vasanam Iyakkam clashed at the box office on the same day in 2014. 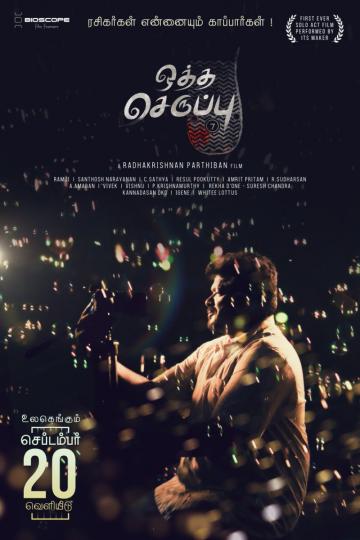 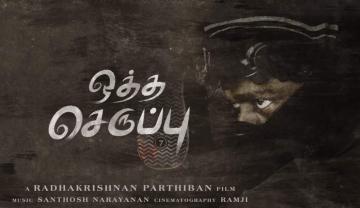 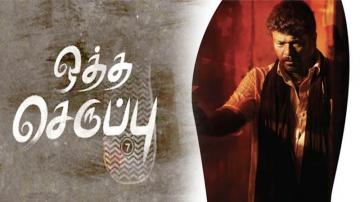