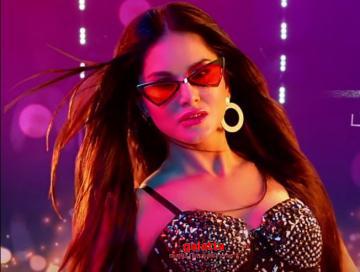 Ragini MMS has gone on to become a highly popular franchise after the films transitioned onto the digital medium with a web series that began streaming in 2017. Balaji Motion Pictures and ALT Entertainment are jointly producing the second season of the upcoming Ragini MMS: Returns web series after season one aired in 2017 and the two films, Ragini MMS in 2011 and Ragini MMS 2 in 2014, went on to become huge successes. That said, it was earlier revealed that popular Bollywood actress Sunny Leone is performing a special dance number titled ‘Hello Ji’, which incidentally marks her return to the franchise after she starred in Ragini MMS 2, in 2014. Now, a short promo for the ‘Hello Ji’ song featuring from Ragini MMS: Returns season 2 has been released and teases fans on what they can expect in terms of the oomph factor that will be shown in the full video, which is expected to be released as well later.

Ragini MMS Returns 2 will see Varun Sood and Divya Agarwal in the lead roles with the plot reportedly revolving around a girls’ trip gone wrong. Composed by the Meet Bros duo, the ‘Hello Ji’ song has been choreographed by Vishnu Deva with Kanika Kapoor contributing on the vocal front. The second season of Ragini MMS: Returns is gearing up to be streamed in the days ahead and an announcement is expected to be made soon.

Check out the promo for Sunny Leone’s ‘Hello Ji’ song from Ragini MMS Returns season 2 below: