One of the most consistent performers in Indian cinema, ‘Chiyaan’ Vikram has his hands full with his upcoming projects namely the spy thriller Dhruva Natchathiram, the magnum opus Mahavir Karna and his ongoing untitled film being produced by Kamal Haasan in association with Trident Arts.

Being directed by Thoongavanam fame Rajesh M. Selva and produced jointly by Raaj Kamal Films International and Trident Arts banners with music by Ghibran, the project touted to be an emotional thriller has been progressing at a brisk pace with Akshara Haasan in a vital role. 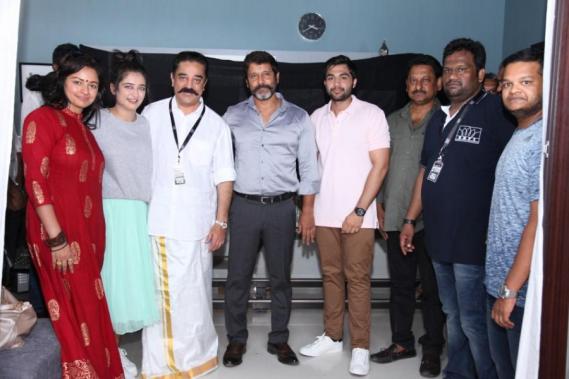 Tentatively titled Chiyaan 53, director Rajesh took to his Twitter page to reveal a shooting spot picture shot by Vikram himself while also stating a special update on this 45th production venture of Raaj Kamal Films International is coming soon.

From the sets of #rkfip45 Guess who clicked this picture! No wonder everyone loves this great performer oii¿½i¿½ii¿½i¿½, Unbelievable energy every single moment.

It must be noted there were rumors a while back stating Chiyaan 53 was a remake of the Hollywood smash hit, Don't Breathe, which went on to be outright denied. 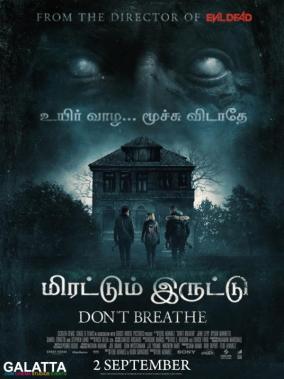