Exclusive: SK - Vignesh Shivn film to be taken over by this leading production house?

Sivakarthikeyan is a busy man indeed. Yes, the much sought after actor recently wrapped shooting for Hero, directed by P.S.Mithran, and with no big breaks, he will move on to his next, Doctor, directed by Nelson of Kolamaavu Kokila fame. This action comedy drama was officially announced yesterday (December 2) and it has got the fans excited. The film which has music by Anirudh Ravichander will go on floors from December 6 in Chennai. The film will be produced by Sivakarthikeyan Productions, in association with KJR Studios.

Doctor will be KJR Studios' second collaboration with Sivakarthikeyan after Hero and it definitely shows their positive relationship. Now, it looks like the duo might join hands for a few more films as well. A little birdie in the industry has hinted us that Sivakarthikeyan's untitled next with director Vignesh Shivn  (SK 17) might likely be bankrolled by KJR Studios. The talks are reportedly said to be on and the collaboration could possibly happen if things fall into place. It can be noted that Lyca Productions was supposed to fund this romantic comedy film.

As widely speculated and reported by us as well, Lyca have apparently backed out of the film for reasons unknown. We will have to wait for few more days to know if KJR Studios will produce SK - Vignesh Shivn film. Meanwhile, we are also informed that Sivakarthikeyan's untitled sci-fi thriller with director Ravikumar of Indru Netru Naalai fame is likely to be taken over by KJR Studios. This magnum opus film has been in production for quite a long time due to financial issues. 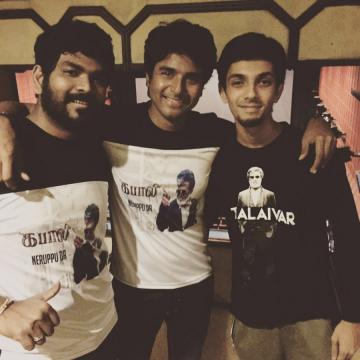 Sivakarthikeyan's Doctor gets another hero - check out who it is!