Director Vignesh Shivan has gone on to make a name for himself in Tamil cinema as a talent to reckon after the success of his films namely Poda Podi with STR, the Vijay Sethupathi and Nayanthara starrer, Naanum Rowdydhaan, and Thaanaa Serndha Koottam featuring Suriya and Keerthy Suresh in the lead roles. The filmmaker had not long back revealed he had begun script work on his upcoming next, tentatively titled SK 17, starring Sivakarthikeyan in the lead role. Having said that, director Vignesh Shivn took to his Instagram page to post a detailed emotional message to announce that the screenplay and dialogues for SK 17 have been locked. You can check out the complete statement below: 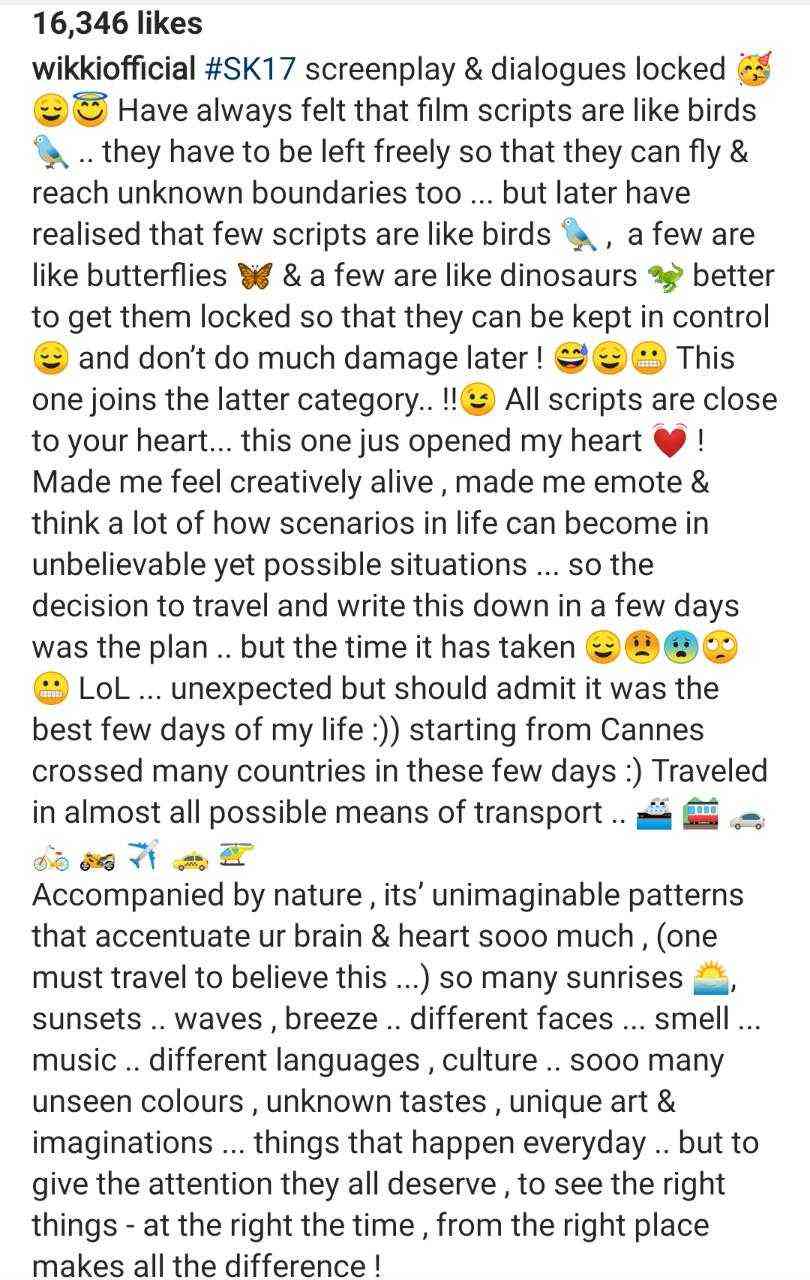 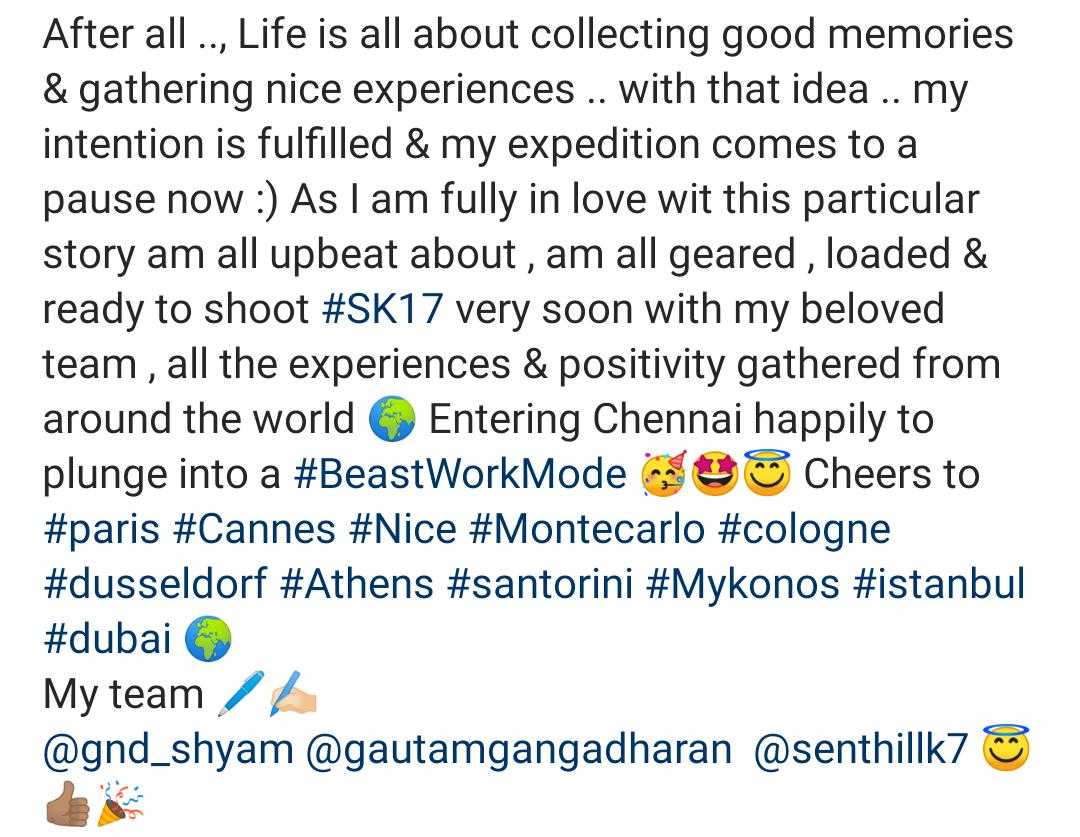 Apart from Vignesh Shivan as the director and Sivakarthikeyan in the lead role, SK 17 will be produced by Lyca Productions featuring music by Anirudh Ravichander with production announced to begin from July 2019 in light of the 2020 release plans. The filmmaker had recently visited Paris, France to participate in the 2019 Cannes Film Festival where met and interacted with Quentin Tarantino, whom he has often stated is his favorite director.

SK 17 will mark the third time association between Vignesh Shivan and Anirudh Ravichander after the two worked previously in Naanum Rowdydhaan and Thaanaa Serndha Koottam with fans expecting yet another chartbuster album once again. The film will also be the second time Lyca Productions are collaborating with the hit filmmaker when they distributed Naanum Rowdydhaan, which went on to become one of the biggest blockbusters of 2015. 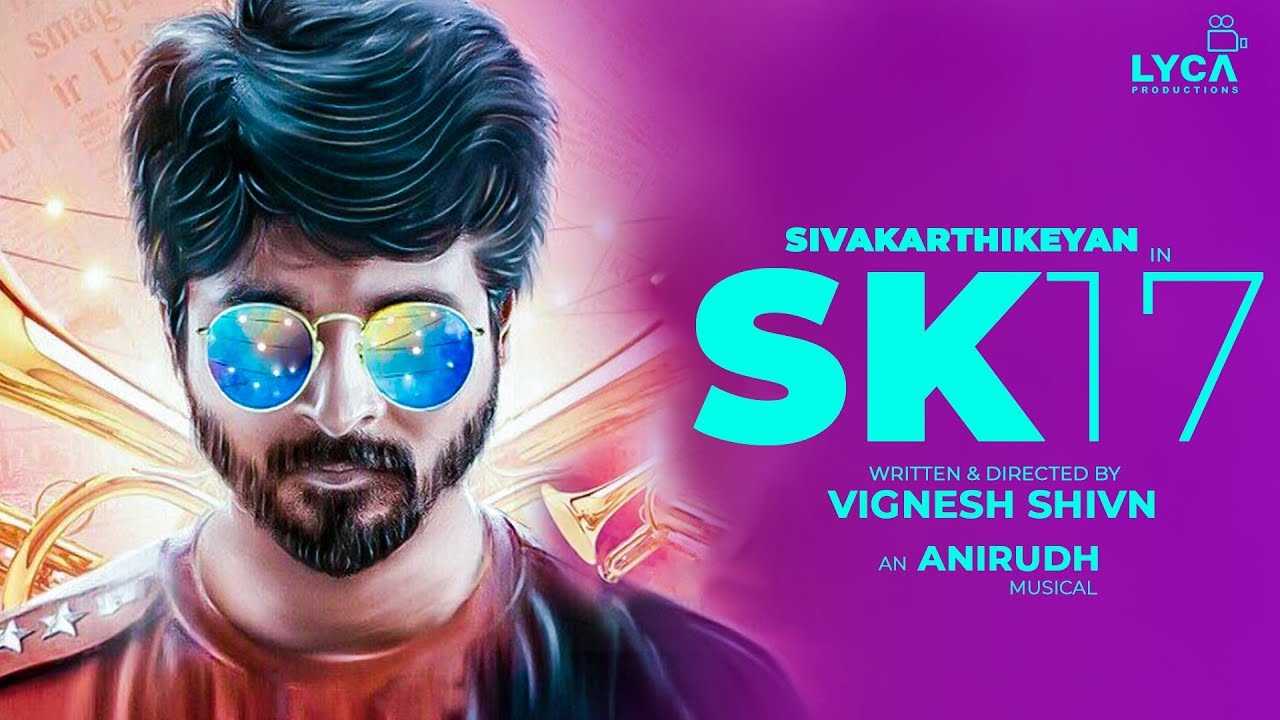