Shruti Haasan lends voice for song in her Laabam with Vijay Sethupathi!

Makkal Selvan Vijay Sethupathi has a number of movies in the pipeline, including Laabam under SP Jhananathan's direction! This movie has Shruti Haasan as the female lead and D Imman is handling the musical score! The gorgeous Shruti Haasan has established herself as an actor but her singing prowess is as equally renowned as her acting! Now, Imman has given out a juicy update from the recording session of Laabam! 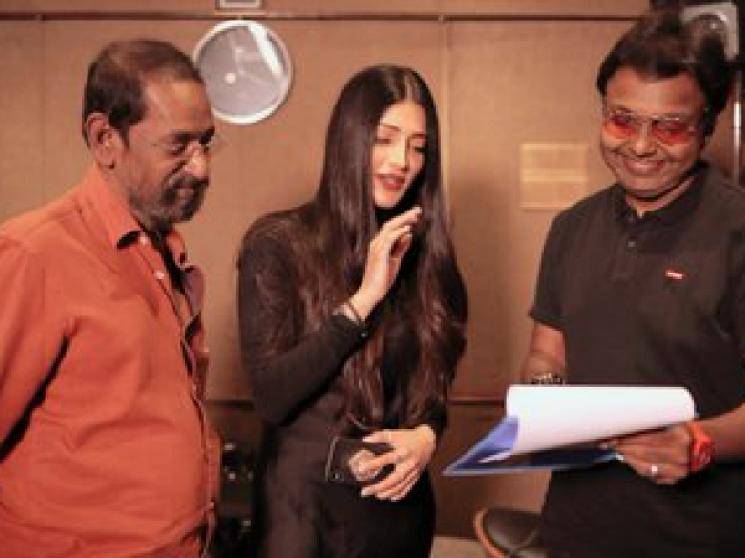 D Imman has taken to his Twitter handle to reveal that he has roped in Shruti Haasan to lend her voice for a song in Laabam's album! He also mentioned that he just can't wait to share this song with the audiences! This song has lyrics penned by poet Yugabhhaarathi and is touted to be a romantic number! Laabam is being produced jointly by Vijay Sethupathi's VSP Productions and 7Cs Entertainment! 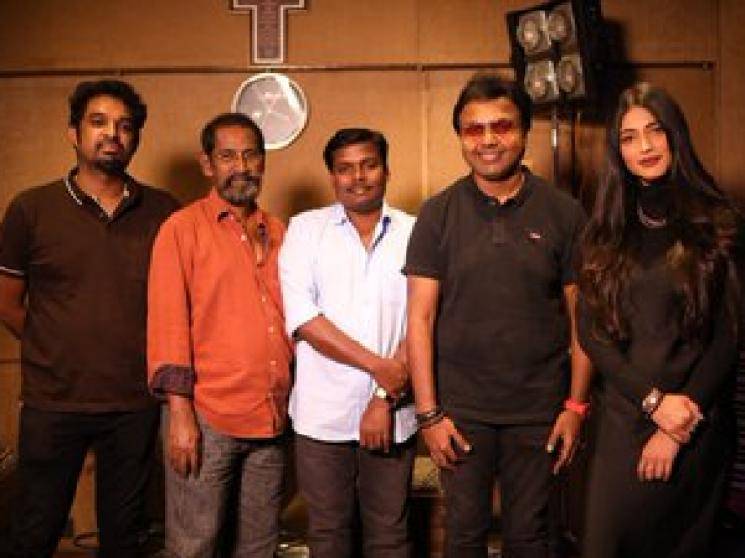 The first look of Laabam was released recently and it had a rustic looking Vijay Sethupathi wielding a megaphone and addressing somebody while the atmosphere around him seem to be laden with violence. A couple of ladies were seen protesting in the background and a person aiming his gun at the protestors! Shruti has earlier lent her voice for the 'Shut Up Your Mouth' number, under Imman's composition, in Yennamo Yedho! 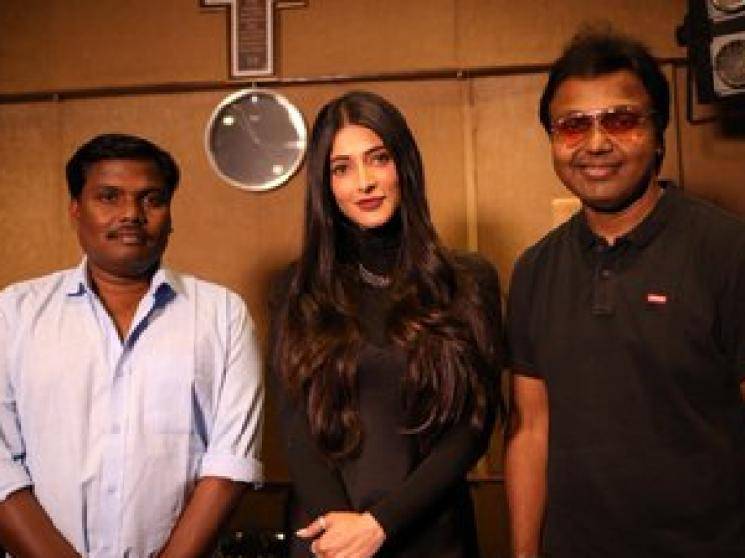 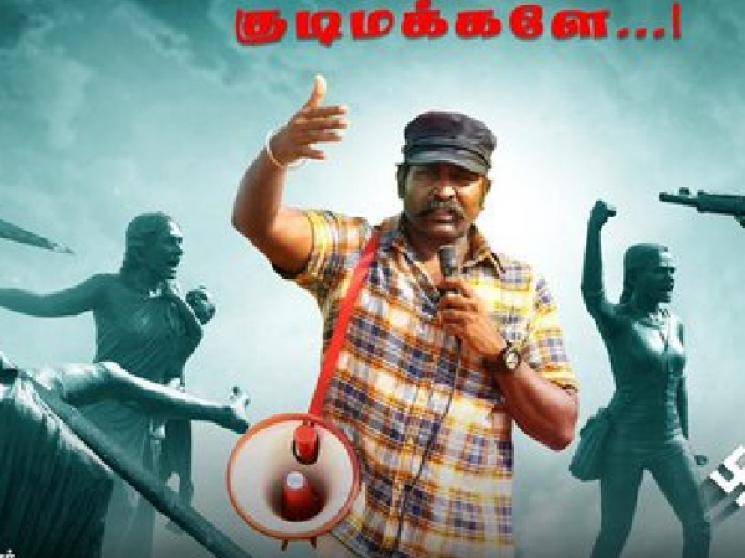 Roped in @shrutihaasan to render a melodious romantic track for #Laabam Produced by @7CsPvtPte N @vsp_productions under SP Jananathan sir’s direction! Starring @VijaySethuOffl n @shrutihaasan in the lead! Lyric by @YugabhaarathiYb Can’t wait to share the trk with you! Praise God! pic.twitter.com/8p7zuTg8Uv