Ace filmmaker Selvaraghavan’s latest film, NGK, starring Suriya has left many spellbound and enchanted with fans taking additional efforts to decode and decipher the various hidden meanings as well as theories that are in the action political drama. Featuring Sai Pallavi and Rakul Preet Singh as the female leads with music by Yuvan Shankar Raja, director Selvaraghavan has challenged fans to identify the exact moment when Suriya’s character Nanda Gopalan Kumaran becomes NGK in the film. He further added saying he will choose the right answer tomorrow (June 15) while also informing them this is the start to decoding the film gradually. 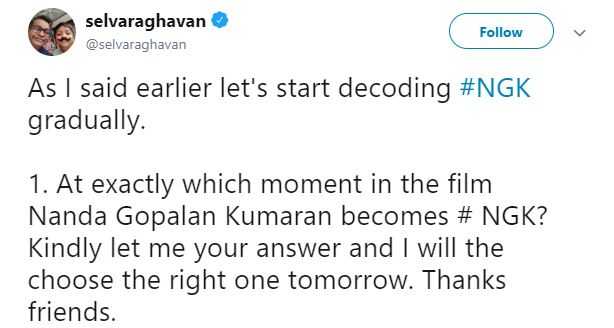 Many fans have been flooding Selvaraghvan’s Twitter timeline with their own suggestions and theories on the in-depth aspects in the film the filmmaker has kept hidden for the most part and intended to be dug up only by keen eyes. The director has returned to cinema with NGK after a gap of almost 6 years after his fantasy romance, Irandam Ulagam, with Arya and Anushka Shetty in 2013.

Produced by Dream Warrior Pictures and presented by Reliance Entertainment, NGK had massive expectations among fans considering the film had taken quite a long time to make. Appreciation has been coming in for Selvaraghavan for his direction and screenplay treatment, Suriya, Sai Pallavi and Rakul Preet Singh for their power-packed intense and skilled performances and Yuvan Shankar Raja for his background score. 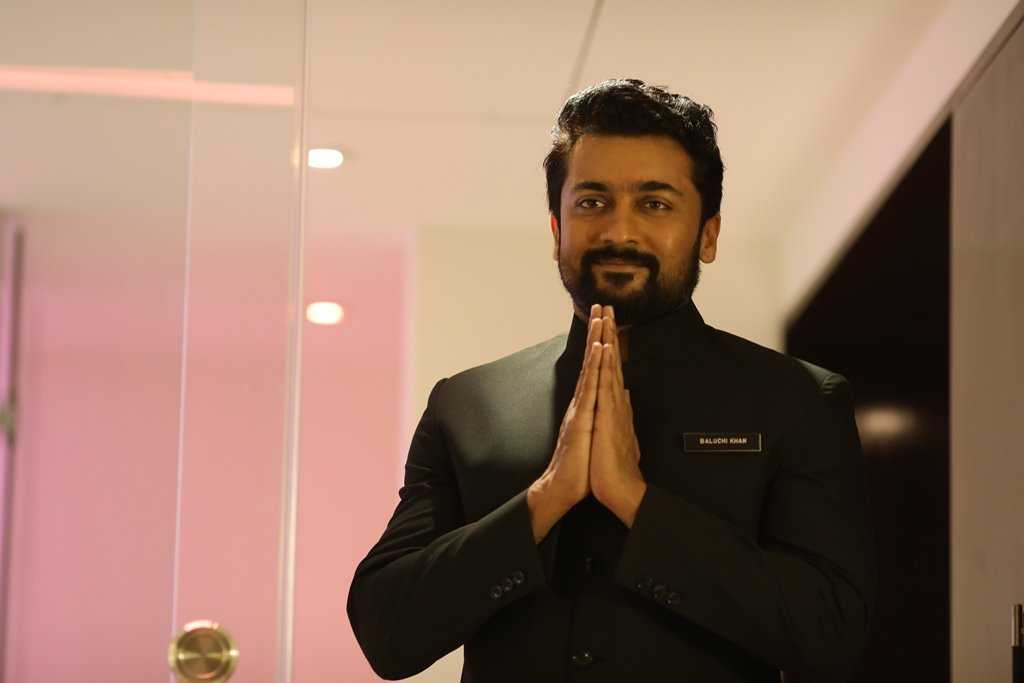