Selvaraghavan's first statement about his next film after NGK 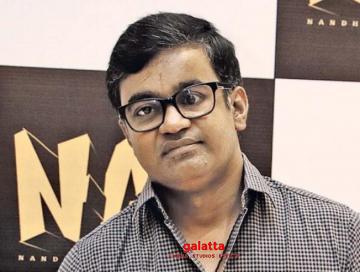 Ace director Selvaraghavan’s NGK was his comeback to cinema after a gap of six years when he last made the fantasy romance, Irandam Ulagam, in 2013. An action political drama, NGK produced by Dream Warrior Pictures featured Suriya in the lead role alongside Sai Pallavi and Rakul Preet Singh as the heroines with chartbuster music by Yuvan Shankar Raja. With the film still being debated and decoded among fans for its themes and storyline, there has been considerable talk regarding what Selvaraghavan might be working on next. A while back, we had revealed that the acclaimed filmmaker would be teaming up with his brother and National Award-winning actor Dhanush for a film to be produced by Kalaipuli S. Thanu’s V Creations banner. That said, Selvaraghavan has now taken to his social networking pages to share a picture of his workstation along with the caption that he has begun working on his next screenplay. Check out the post below:

Selvaraghavan’s post has left fans quite excited considering there is a strong speculation regarding his next project, which most expect is going to be a reunion with Dhanush after their previous successes, Pudhupettai and Mayakkam Enna. As with any Selvaraghavan film, there are massive expectations and it now remains to be seen what he is cooking up for his upcoming next. Furthermore, the hit director's long-delayed, Nenjam Marappathillai, starring SJ Suryah, Regina Cassandra and Nandita Swetha, awaits its theatrical release with fans waiting for an official word on its fate.