Samantha Akkineni was last seen in the feel good fantasy drama, Oh Baby, directed by Nandhini Reddy and her performance in the film was highly praised by the audience and the critics. Her next release in Tollywood would be the Telugu remake of Vijay Sethupathi - Trisha's 96. This romantic drama is produced by Dil Raju's Sri Venkateswara Creations and directed by Prem Kumar who helmed the original. The talented actress is highly impressed with the recent acclaimed Hollywood film, Joker, that featured Joaquin Phoenix in the titular role.

Yes, Samantha took to her Instagram space to share her opinion, in which, she said that it is the greatest film she has ever seen. She posted a story on her Insta profile and that has hit the headlines in all leading media portals. The Todd Philips directed Joker is an intense psychological thriller that is based on the comic character from DC Comics. 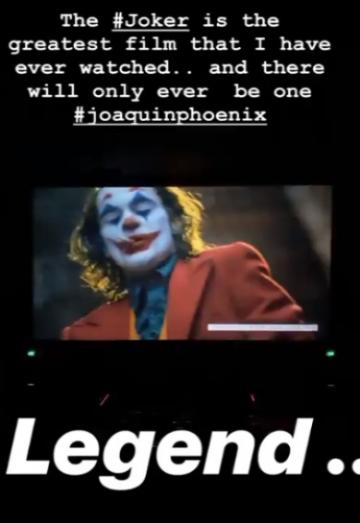 Joker has got a phenomenally outstanding response from the critics and the audience and people are even expecting Joaquin to get the Academy Award this year for his monstrous performance.

"Even a dog wont see you": Khushbu lashes out