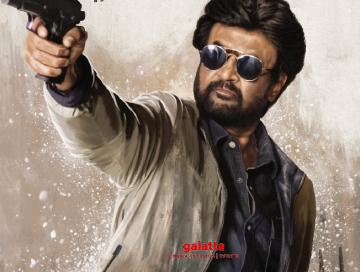 Director A.R.Murugadoss is right now busy with the works of Darbar that features Superstar Rajinikanth in the lead role. Produced by Lyca, this film's star cast also includes Nayanthara, Suniel Shetty, Yogi Babu, Nivetha Thomas, Prateik Babbar, and others. We have now got some exclusive update on this highly anticipated action entertainer. Our close sources inform that the makers had recently finished shooting the film for 4 days in London followed by a few days of shoot in Thailand.

This shooting happened with rest of the actors excluding Rajinikanth since his portions were already wrapped in North India. The team is right now focused on the post production works as the film is gearing up to hit the screens for Pongal 2020. In addition, we are informed by our sources that a minor patch shoot might take place next month (November).

With music by Anirudh Ravichander and cinematography by Santosh Sivan, the film is edited by Sreekar Prasad. After the release of Darbar, Rajinikanth will start shooting for his next. Thalaivar 168, directed by Viswasam fame Siva and produced by Sun Pictures.