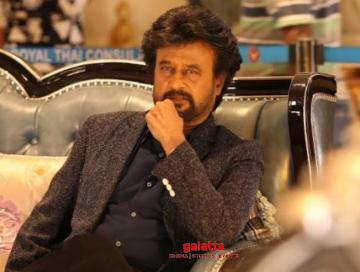 Superstar’ Rajinikanth’s upcoming film, Darbar, under the Lyca Productions banner marks the first-time association of the iconic actor with blockbuster director, A. R. Murugadoss. Coming out as a grand Pongal 2020 release, filming on the action cop drama wrapped up recently with all eyes now set on the Darbar motion poster to be released tomorrow at 5:30PM. That said, it has now been officially announced that ‘Ulaganayagan’ Kamal Haasan will be unveiling the Darbar motion poster in Tamil and Telugu languages followed by Malayalam superstar Mohanlal presenting the Malayalam version and Bollywood’s Salman Khan bringing it out in Hindi. Check out the announcements posters below:

There is tremendous hype surrounding the Darbar motion poster as fans are waiting to finally witness ‘Thalaivar’ Rajinikanth as a police officer after he had last donned the khakhi in Pandyan in 1992. The Darbar motion poster will also include the ‘Thalaivar’ theme track composed by Anirudh Ravichander, which many are expecting will top the young composer’s previous work in the blockbuster, Petta, released earlier this year. Apart from Rajinikanth, the film also includes Nayanthara as the female lead followed by Bollywood actors Suniel Shetty and Prateik Babbar in negative roles, actress Nivetha Thomas and Yogi Babu in supporting roles alongside many others.