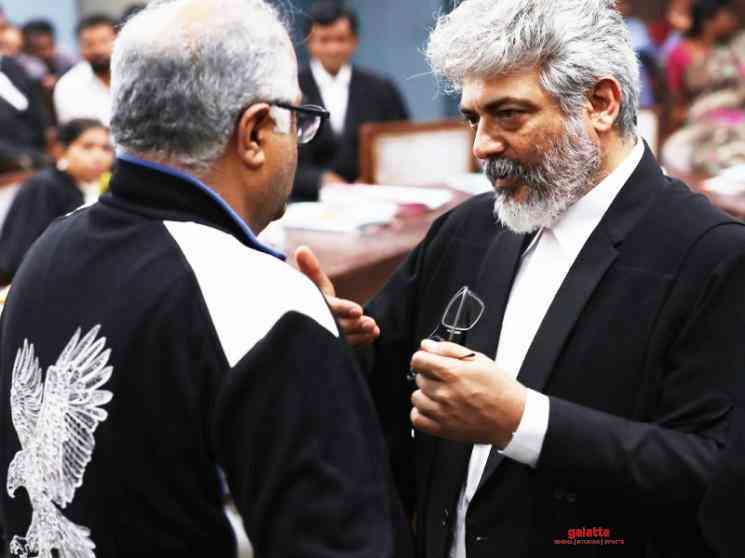 Veteran producer Boney Kapoor is known for bankrolling remake projects and he has been quite successful in that. We saw him producing the Tamil remake of Pink as Nerkonda Paarvai with Ajith and it turned out to be a huge blockbuster. Currently, he is producing the Tamil remake of Ayushmann Khurrana’s Article 15 starring Udhayanidhi Stalin under the direction of Arunraja Kamaraj. Boney will also be bankrolling the Hindi remake of Anna Ben’s Helen (Malayalam) and the film will feature his daughter Janhvi Kapoor reprising the lead role. Apart from these projects, Boney Kapoor is heading two mega biggies which includes Power Star Pawan Kalyan’s Vakeel Saab (Telugu remake of Pink) and Ajay Devgn’s Maidaan.

Following that, an exciting new announcement on Boney Kapoor’s next production has been made and this one is also a remake. The Valimai producer has acquired the remake rights of Manju Warrier’s Prathi Poovankozhi and he has bagged the rights for remake in all Indian languages except the original. This announcement surely sounds exciting and let us keep our fingers crossed and wait for further details. It is said that Boney is looking forward to beginning the remake works in Tamil and Hindi at first. Manju Warrier's Prathi Poovankozhi was directed by ace Malayalam filmmaker Rosshan Andrrews who has made films like Mumbai Police, Notebook, How Old Are You?, 36 Vayadhinile, Kayamkulam Kochunni, etc.

Prathi Poovankozhi follows the story of a saleswoman who gets groped and molested in a bus by a local goon. Did she take revenge against the sexual predator forms the rest of the plot. The film was well received by the critics and audience for its content and Manju Warrier's performance. Produced by Gokulam Gopalan's Sree Gokulam Movies, the film had music by Gopi Sundar, cinematography by G Balamurugan and editing by Sreekar Prasad. Prathi Poovankozhi was based on the writer Unni R's short story, Sankadam.

Boney Kapoor is also producing Ajith’s next mega biggie, Valimai which is directed by H Vinoth. This action adventure drama will feature Ajith as a cop and he will be seen sharing screen space with Kaala fame Huma Qureshi, Yogi Babu, Raj Ayyappa and others. RX 100 fame Kartikeya has been signed as the key antagonist of the film and it is going to be an interesting face off between the two stars.