"Always close to my heart for so many obvious reasons": Priya Bhavani Shankar talks about Mafia

Director Karthick Naren made a splash in Tamil cinema in 2016 with his directorial debut, Dhuruvangal Pathinaaru, which went on to become a stunning commercial as well as commercial success. After Dhuruvangal Pathinaaru became a box office hit, all sights were set on his next film, Naragasooran, which has since then seen quite a lot of controversy regarding its release and is yet to hit screens. In the meantime, director Karthick Naren set ahead for his next project, Mafia, with Arun Vijay and Priya Bhavani Shankar in the lead roles. Touted to be an action gangster crime thriller, the film is being produced under the Lyca Productions banner. Production on the film kicked off sometime back with Priya Bhavani Shankar now making an emotional announcement on her social networking pages that the Mafia first schedule has been wrapped up while showering praises on the entire team. Check out her statement as well as a behind-the-scenes shooting spot picture below: 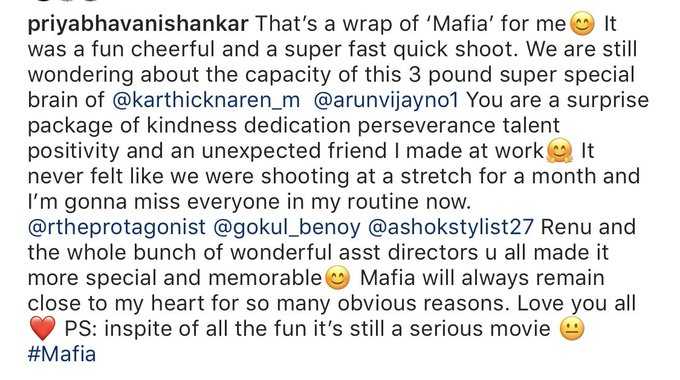 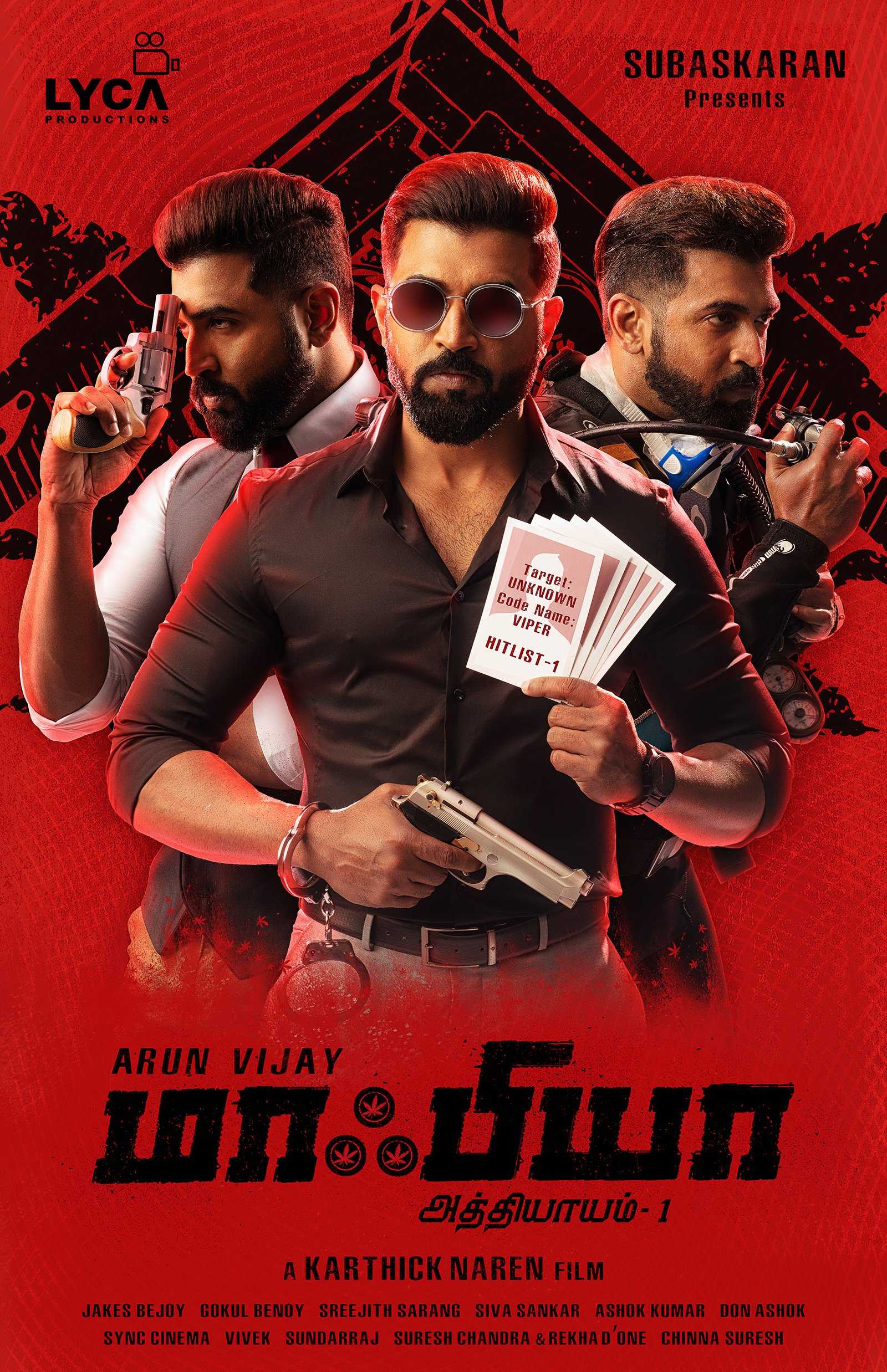 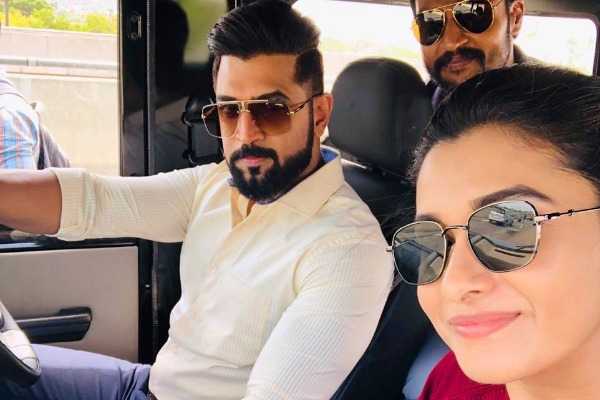