Kaniyan Poonkundran and Mano hunt in London! New pic inside!

Director Mysskin's 2017 movie Thupparivalan brought to Kollywood two interesting characters - the eccentric detective Kaniyan Poonkundran, played by Vishal and Mano, played by Prasanna. This crime solving duo brought to heel a terrifying assassin and the movie was well received by the audiences. There are very few movie franchises in Tamil Cinema with director Hari's Singam and Saamy movies headlining them. However, Thupparivalan has all the requisites for turning into a very successful franchise along the lines of the Hollywood movie - Sherlock Holmes. Mysskin has begun shooting for Thupparivalan 2 and the movie's shoot went underway in Bristol, in the United Kingdom!

Now, Prasanna has shared a very interesting shooting spot photo from the shoot of Thupparivalan 2. This pic has Vishal in a long overcoat and hat, looking to be observing something. Prasanna, fully padded up in warm clothes is looking on in exasperation, as the duo are seen standing in a secluded location in darkness with winter fog falling thick around them. Prasanna had also included a caption with the pic stating, "#KaniyanPoonkundran & #Mano back in action again, this time hunting in London!!" 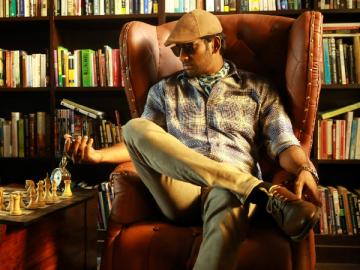 Thupparivalan 2, funded by Vishal's banner - Vishal Film Factory, also reportedly includes veterans Gautami and Rahman as part of the cast. Model-turned-actress Lovely Singh is touted to be making her Kollywood debut as the heroine of this project. After scouting for locations across the UK, Mysskin narrowed down on Bristol to begin shoot. The director is also said to have visited the Sherlock Holmes Museum in London before beginning shoot. Keep watching this space for updates...

#KaniyanPoonkundran & #Mano back in action again, this time hunting in London!! pic.twitter.com/oWgEbXtSPt