Breaking: Mirchi Shiva's Sumo will not release for Pongal 2020 - postponed to a later date

Mirchi Shiva’s Sumo garnered the attention of the Kollywood audience after its impressive and interestingly cut trailer which was released a few weeks back. The film features Priya Anand as the female lead and Yoshinori Tashiro, a real life Japanese Sumo sport player in a very important role. With cinematography by ace photographer, Rajiv Menon, Sumo has editing by Praveen KL. This comedy entertainer is directed by S.P.Hosimin and produced by Vels Film International.

The film was scheduled to release for Pongal 2020 and it was believed that it would release either on January 15 or January 16 depending on the availability of screens. However, sources close to us have now informed that the film’s release has been postponed to a later date and will not contest in the Pongal race. Yes, the reason for the change in the release plans is not yet known. The new release date for the film is yet to be revealed and we will update you on that in the days to come.

As of now, the Pongal festival will surely witness the releases of Superstar Rajinikanth’s Darbar and Dhanush’s Pattas. We will have to wait for a few more days to know if any films back out or if any other movies join the race. With screenplay and dialogues penned by Mirchi Shiva, Sumo has music by Nivas K Prasanna and the audio rights has already been acquired by Sony Music. 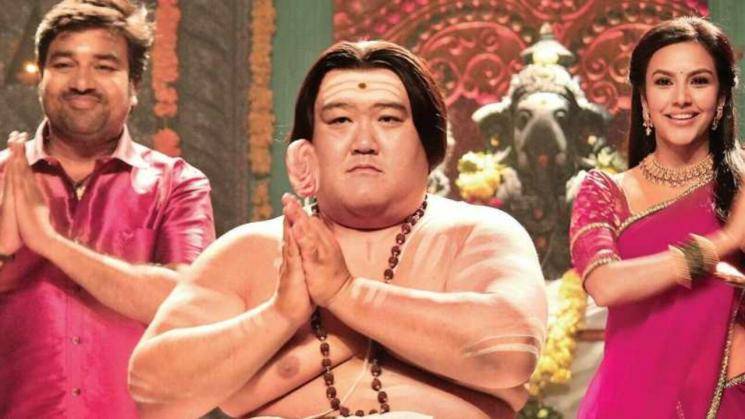