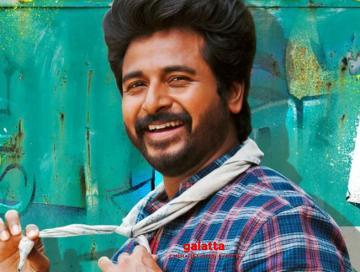 Actor Sivakarthikeyan’s upcoming film, Hero, has been carrying tremendous expectations ever since it went into production earlier this year. An action drama, the film’s promotional material released so far has shown Sivakarthikeyan putting on a mask and eventually transitioning into a superhero as was seen in the intense teaser released a few days back. Being directed by PS Mithran, Hero, announced for a worldwide theatrical release on December 20 has been produced under the KJR Studios banner with music by Yuvan Shankar Raja. The film marks the second occasion Yuvan has come on board a Sivakarthikeyan film after Kedi Billa Killadi Ranga with the makers of Hero now releasing the much-awaited first single track, ‘Malto Kithapuleh’, sung by Shyam Viswanathan to the lyrics penned by Rokesh.

Hero has been one of the most awaited films among Sivakarthikeyan’s fans, who have been waiting to witness the star in an out-and-out action role. Director PS Mithran will be looking to hit the bullseye mark once again in this second directorial after his debut film, Irumbu Thirai, with Vishal turned out to be a critical and commercial success. Hero includes a talented star cast among whom are ‘Action King’ Arjun coming in as Sivakarthikeyan’s mentor followed by Kalyani Priyadarshan as the female lead, Bollywood actor Abhay Deol making his acting debut in Tamil as the antagonist, Naachiyaar fame Ivana and Robo Shankar in major supporting roles.

Check out the peppy ‘Malto Kithapuleh’ song from Sivakarthikeyan’s Hero below: