Karthi's Kaithi, which released on October 25th is a standout winner among movies released this year. The movie is still going strong at the theatres and has been raking in the moolah steadily. Kaithi, directed by Lokesh Kanagaraj, was bankrolled by Tiruppur Vivek's Vivekananda Pictures and SR Prabhu and SR Prakashbabu's Dream Warrior Pictures. This movie, an action thriller with no heroine or song sequences, has been well received by the audiences and everybody involved in this project have been receiving very good acclaim. One of the most noted performers in this movie is the villain Anbu, who was played by Arjun Das.

The very menacing baritone voice and the crazy psyched appearance displayed by the character Anbu throughout the movie, has been garnering Arjun Das a lot of praise. This young actor has taken to his Twitter page to release a statement thanking everybody who believed in him and gave him the opportunity to bring out his skills. Arjun Das starts off the statement by saying that on the day of Kaithi's release, he woke up very nervous and anxious. He added that he went to the theatre as Arjun but stepped out as Anbu. The very first person Arjun Das thanked in his statement is director Gautham Vasudev Menon for using his voice in the first two teasers of Dhruva Natchathiram.

Both the teasers of Chiyaan Vikram's Dhruva Natchathiram featured just the voice of the antagonist taunting the hero and it was quite chilling. Arjun then goes on to thank Kaithi's producers and hero Karthi, whom he states that he has admired for years. Arjun also thanked all the technicians involved in Kaithi and finally thanked director Lokesh Kanagaraj for this amazing opportunity. He also expressed his gratitude to the press, media and all those who took time out to wish him on social media. He ended the note with an assurance that he would seek to choose challenging and good roles and excel in them and entertain to the best. Galatta Media wishes Arjun Das a very bright future! 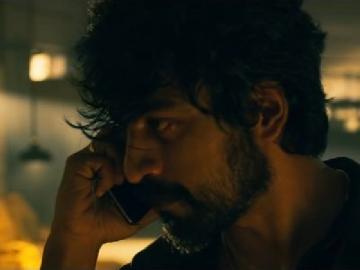 WOW: Nayanthara onboard for RJ Balaji's next - a very catchy title