Karthi's Kaithi which turned out to be a blockbuster hit at the box office, apart from earning critical acclaim, will be remade in Hindi and the Hindi remake stars Ajay Devgn in the lead role. The shooting of the film kickstarted yesterday (January 11) with a formal pooja and the pictures from the shooting spot have surfaced on social media. Through the pictures, the title of the film has also been known and it has come as a delightful update for the fans. The Hindi remake of Kaithi, starring Ajay Devgn, has been titled Bholaa. This film will be directed by debutant Dharmendra Sharma and has cinematography handled by Aseem Bajaj.

Dharmendra Sharma is a prominent editor in Hindi cinema who has worked on movies like Company, Toonpur Ka Superhero, Shivaay, and Ajay Devgn's Tanhaji, and he will be making his directorial debut with this film. Bholaa will be bankrolled by Ajay Devgn Films in association with SR Prakash Babu and SR Prabhu's Dream Warrior Pictures, the makers of the original version. Ajay Devgn is one of the leading actors in Hindi cinema who gives high prominence to action and when he takes up an action driven film like Kaithi to be remade in Hindi, it indeed sounds exciting and let us hope that the movie strikes a chord with the Hindi audience. More details regarding Bholaa are awaited.

Kaithi starring Karthi in the lead role was directed by Lokesh Kanagaraj who is now one of the most sought after directors in Tamil cinema. Lokesh Kanagaraj managed to pack an intriguing action thriller that was backed by strong performances and technical brilliance. Sam CS composed music for this film which had Narain in an important role. The sequel to Kaithi is on cards and it will begin as soon as Karthi and Lokesh Kanagaraj complete their current set of commitments. 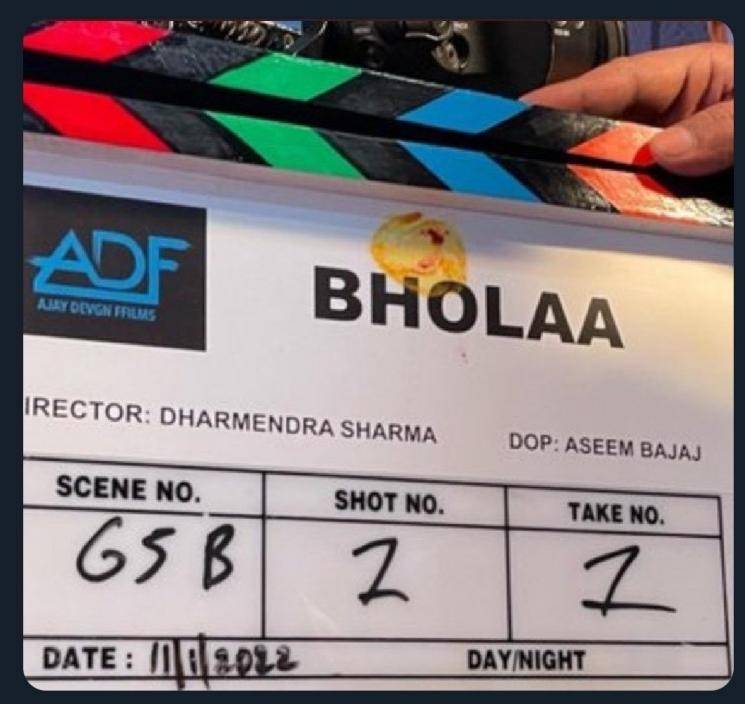