Kadai Kutty Singam: The Difficult Factor According To Karthi

Hitting screens tomorrow (July 13), Kadai Kutty Singam directed by National Award winner Pandiraj and starring Karthi in the lead role has created quite a lot of expectations with its promotional material released so far.

Produced under Suriya’s 2D Entertainment banner with music by D. Imman, Karthi recently spoke about what according to him is the most difficult aspect in Kadai Kutty Singam, which also includes veteran actor Sathyaraj in the cast. 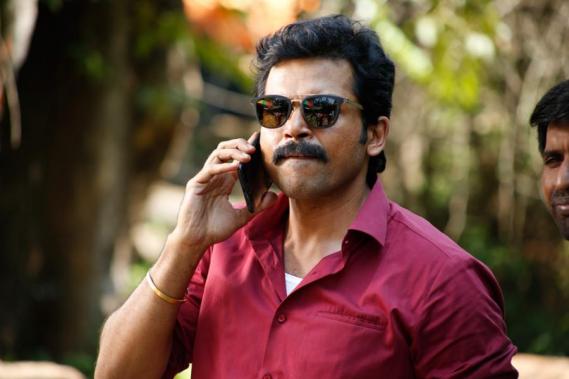 With Sayyesha as the female lead and Soori for the comedic relief, Karthi recently spoke about Kadai Kutty Singam also releasing in Telugu as Chinna Babu saying it can be an arduous affair to write a story that tells about joint families since the newbie directors are not familiar with it as our modern society is more nuclear.