Director Pa Ranjith ventured into production with the acclaimed Kathir starrer Pariyerum Perumal which was raved by the critics and made a huge impact among the audience. The film was given a wholehearted thumbs up by the audience and its director, Mari Selvaraj was praised for the seamless writing and honest portrayal of characters.

Post the success of Pariyerum Perumal, Pa Ranjith officially announced his second production venture, Irandaam Ulagaporin Kadaisi Gundu, starring Attakathi Dinesh, Anandhi, and Riythvika in the lead roles. This project kept the film lovers interested who were looking forward to see the film. Directed by debutant Athiyan Athirai, this film is in the final stages of post-production and is gearing up for its theatrical release. 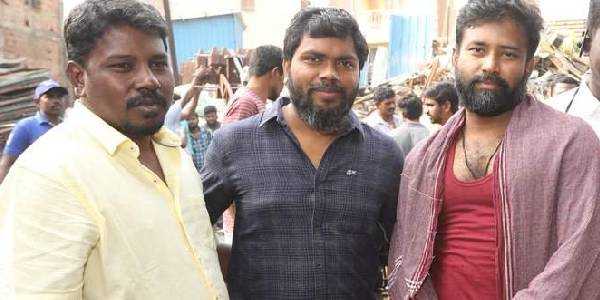 On that note, the makers have now released the motion poster of this film which looks very promising and intense. From this promo video, one could figure out that the film has something important to tell the audience. Irandam Ulagaporin Kadaisi Gundu has music by independent artist Tenma and cinematography by Kishore Kumar. If you haven't checked out the promo video yet, here it is:

BIG NEWS: Kamal Haasan's next film after Vikram is officially announced! Check Out!

Great News for KGF 2 fans - watch the film much before its OTT release | Here is how!

The first BIG Official Update on KGF: CHAPTER 3 out - here is all you need to know!!