Harish Kalyan to break his loverboy image! Deets inside...

Young talent Harish Kalyan has established himself as the next loverboy of Tamil Cinema and has been choosing movies which further this image. However, he has decided to break away from this mould and will be trying his hand in a new genre. It is well known that Harish Kalyan is awaiting the release of his romantic comedy Dhanusu Raasi Neyargale, which is the debut directorial venture of Sanjay Bharathi, son of veteran director and actor Santhana Bharathi. DRN, bankrolled by Gokulam Gopalan for his Sree Gokulam Movies banner, is hitting the screens tomorrow - December 6th! This actor-director duo are coming together again, for a new movie!

It has come to light that Sanjay Bharathi has already signed up his second project, even before the release of his maiden directorial. This new project is to be bankrolled by G Dhananjayan's Creative Entertainers banner. Reports state that this new movie would be a supernatural action thriller, which would go on floors in April, next year. G Dhananjayan seems to have been very impressed with the trailer of DRN and the way the movie has shaped up and decided to associate with Sanjay Bharathi for this project. They zeroed in on Harish Kalyan as he also wanted to break away from his loverboy image and work in a new genre.

Dhanusu Raasi Neyargale stars Digangana Suryavanshi and Reba Monica John as the female leads with Munishkanth, Yogi Babu, Renuka, Pandiarajan, Charle and Mayilsamy forming the rest of the cast. Ghibran has scored the music for this venture, which has PK Varma's cinematography and Kubendran's editing. This movie is hitting the screens tomorrow and stay tuned to Galatta.com for the review... 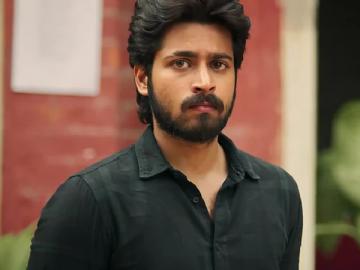 James Bond is back - first mass No Time To Die trailer is out!