Director Mahesh Narayanan made a striking debut with his intense emotional thriller, Take Off, that starred Parvathy Thiruvothu, Kunchacko Boban and Fahadh Faasil in the lead roles. After a gap of two years, the director is now back with his second film, which is titled as Malik. This action gangster drama features Fahadh Faasil in the titular character and it is going to be interesting to see Fahadh in a complete action saga. The film’s first look poster was released earlier this morning and it has opened to a great reception from the fans on social media.

Malayalam superstars Mohanlal and Mammootty released the first look poster on their respective social media handles. The first look gives a glimpse of Fahadh’s character look in the film. He will be seen in different shades and makeovers and the film will take us through his life journey from the age of 20 to 57. Fahadh had also recently shed a few kilos to play the younger version of Malik and we had also seen a few pictures from the shooting spot that showed his major physical transformation.

Malik is produced by Anto Joseph Film Corporation and has music scored by Sushin Shyam. Apart from Fahadh, this action thriller also stars Joju George, Nimisha Sajayan, Vinay Fort, Dileesh Pothan, Indrans, Sudhi Koppa and others. The makers are tentatively planning to release the film for the festive occasion of Vishu. Check out the first look poster below: 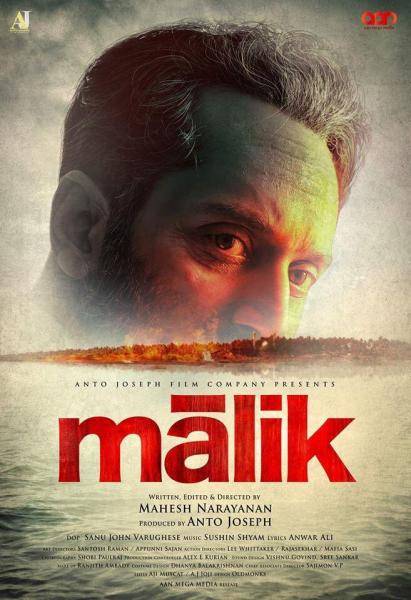 Suriya's Soorarai Pottru Maara theme to be released as a single track soon!