Tamil cinema has witnessed director Vetrimaaran and actor Dhanush belt out hit after hit over the years with their films which include Pollathavan, Aadukalam and last year’s Vada Chennai. Dhanush had also collaborated as the producer for Vetrimaaran’s Visaranai under his Wunderbar Films banner with the action cop drama going on to become a critical and commercial success. Now, the two are coming back together once again with the much-awaited, Asuran, announced to hit screens on October 4 in light of the Ayudha Pooja holidays. Being produced by Kalaipuli S. Thanu’s V Creations banner, the music for the film has been composed by G. V. Prakash Kumar with the team now dropping an announcement that the first single titled 'Kathiri Poovazhagi' sung by Velmurugan with lyrics penned by Egadasi will be released tomorrow (28.08.2019). The 'Kathiri Poovazhagi' track was revealed last month to be a kuthu folk love track on the lines of the chartbuster 'Otha Sollaala' from Aadukalam, in 2011. 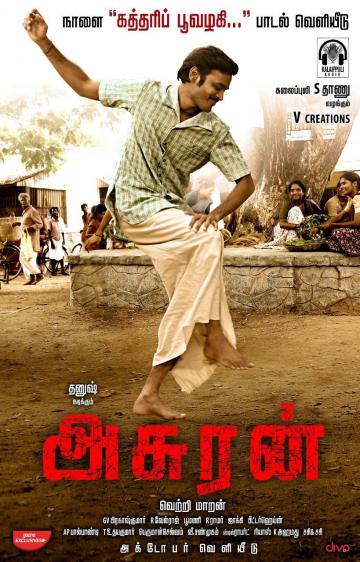 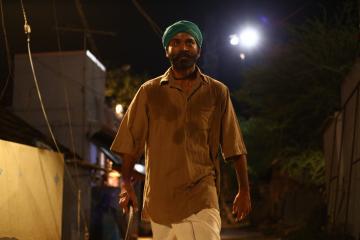 Asuran is an adaptation of the novel, Vekkai, written by Poomani and is being billed to be an intense action drama with Dhanush set to be seen in dual roles for the second time in his career after the 2017 film, Kodi. So far, the two different looks of Dhanush have been revealed by the team, which have fetched the star a tremendous response from fans everywhere. Fans await yet another ripper from director Vetrimaaran, who is known for being a perfectionist with his films. Asuran also includes popular Malayalam actress Manju Warrier making her acting debut in Tamil cinema with director Balaji Sakthivel appearing as a policeman while Pasupathi, actor Karunas’ son Ken Karunas and Ratsasan fame Ammu Abhirami have been cast in important supporting roles.

BIG NEWS: Kamal Haasan's next film after Vikram is officially announced! Check Out!

Great News for KGF 2 fans - watch the film much before its OTT release | Here is how!

The first BIG Official Update on KGF: CHAPTER 3 out - here is all you need to know!!