The third look poster of Vijay’s Master which was released yesterday evening has been the talk of the town ever since. It showed Vijay and Vijay Sethupathi facing each other in anger, a pretty familiar face off kind of a poster but because the presentation was different and unique, the photo was welcomed with open arms and the poster has only increased the buzz of the film. Master is planned for an April 9th release as a pre-Tamil New Year treat for fans. Anirudh is scoring music for a Vijay film after Kaththi and expectations for the songs are building day by day as the release date is nearing. 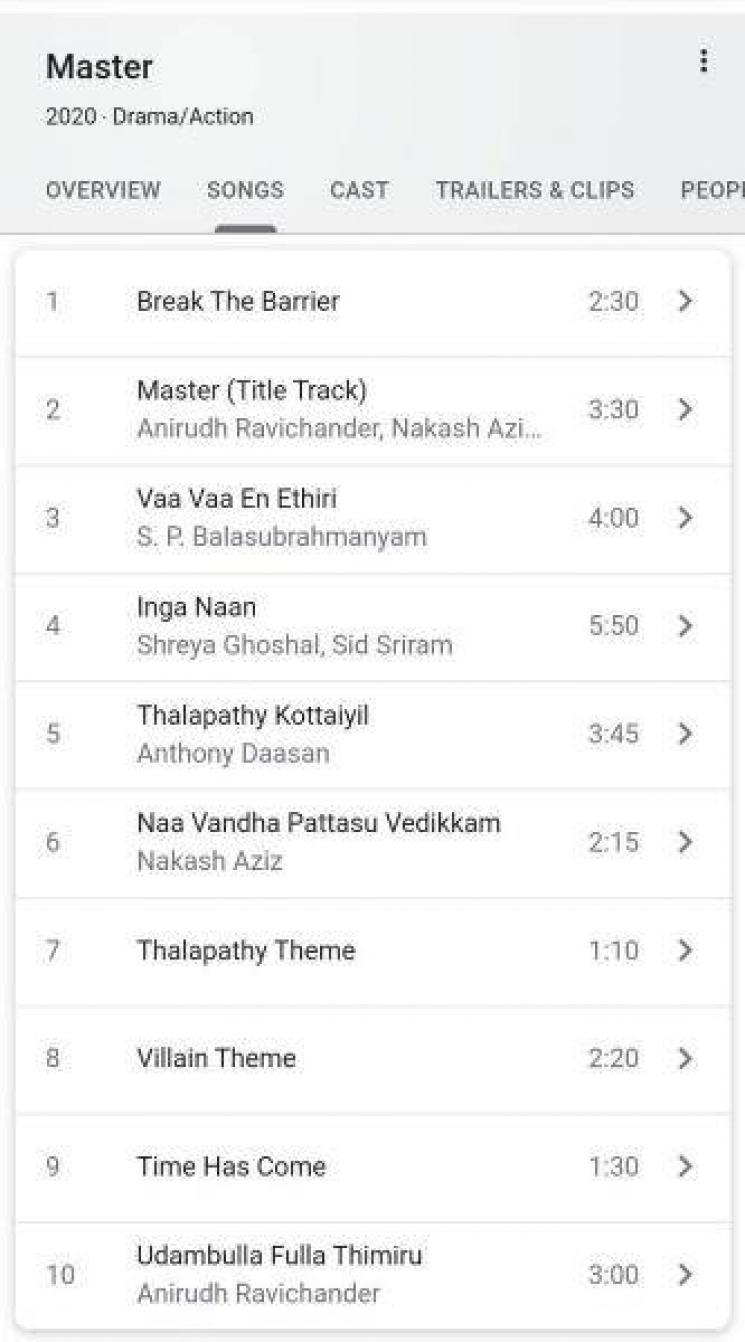 Meanwhile, a track-list photo has been circulating on social media, people claim that it is an official song list of Vijay’s Master. When we checked with our sources close to the Master team, they denied the news saying it is a fake track-list photo. The forged song list featured singers like SP Balasubramaniyam, Sid Sriram, Shreya Ghoshal, Anthony Daasan, Nakash Aziz and Anirudh. It is been quite a while since we saw SPB sing for a Thalapathy film and we hope it happens sometime in the near future. A legend singing for the leading hero will surely lift up the mood of a song. More details regarding Master album will be out very soon. Stay tuned!